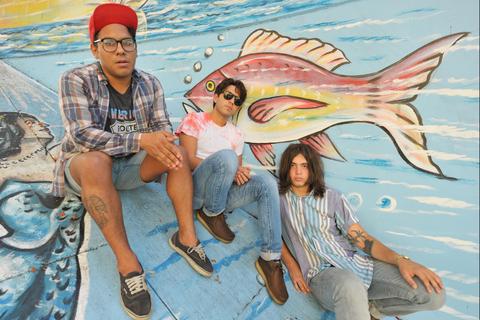 The Jacuzzi Boys are guitarist/vocalist Gabriel Alcala, drummer Diego Monasterios, and bassist Danny Gonzalez, three dudes from Miami Florida, bright as neon and fun as hell. After forming the band in 2007 and accruing a handful of 45s, the group released the LP No Seasons on Florida’s Dying (located in nearby Orlando, FL) in 2009. Glazin’ in 2011 on Hardly Art and have their third full-length out in June 2013 on Hardly Art. They play rock'n roll music you can dance to.