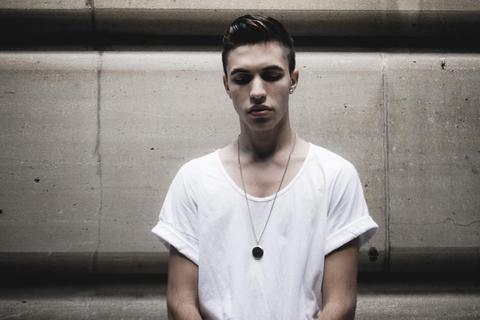 Black Atlass is the conception of Alex Fleming, an 18 year old singer/songwriter from London, Ontario who, at the age of 17, wrote and produced the best EP you’ve never heard. The multi-instrumentalist producer pieced together his self-titled debut release in his basement studio in his spare time while completing his senior year of high school. Effortlessly stringing together influences that range from Frank Zappa to Prince to Frank Ocean, this golden child hones in on a sound and aesthetic that is at once immediate and timeless.
Casually cruising under most people’s radar, the release lived online as a hidden treasure. Now, with a brand new video for one of the EP’s recovered gems “Castles,” and a mixed and mastered treatment of the release finally here, the Black Atlass project is finally getting the inauguration that it deserves.