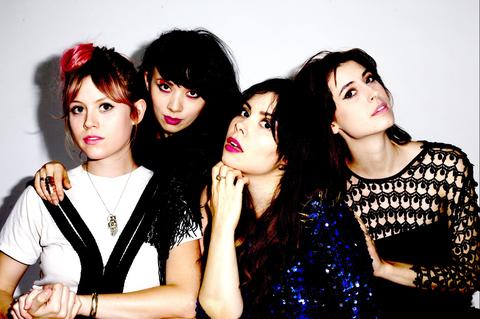 Listen to Land of the Innocent

Having been together for just over one year, Feathers has already performed at All Tomorrow's Parties (Minehead, UK), Fun Fun Fun Fest, Austin Psych Fest, SXSW 2011, F1 Austin Fan Fest, as well as a sold out show with Robyn at ACL Live.

‘Land of the Innocent’ is described by BrooklynVegan as "all pulsing synths and siren-song harmonies,” and is exemplary of the band’s overall sound—modern production with the occasional Kompakt-esque schaffel beat, while touching on Depeche Mode, New Order, Kate Bush, and Fad Gadget.

Presented by: Powered by Yahoo! (Badges and Wristbands Only)

The show at Brazos Hall on Friday, March 15