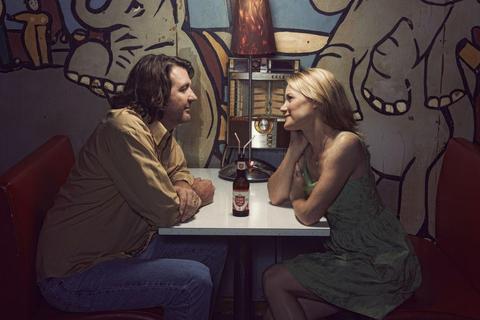 When is the sum of the parts of a musical quantity far greater than the whole? When Kelly Willis and Bruce Robison unite as an ongoing musical act.

After all, their own individual artistic achievements already sum up to impressive totals. Willis has reigned as a critically acclaimed roots music singer since her recorded debut some two decades ago, and is recognized as a new country and Americana pioneer. Her ever-broadening artistic range and gifts as both a canny writer and interpreter of songs have consistently continued to wow her many fans and music critics alike thanks to her finesse, smarts and irresistible charm. Robison has made his mark as both a writer of indelible smash #1 hits like “Wrapped” (George Strait), “Angry All The Time” (Tim McGraw & Faith Hill) and “Travelin’ Soldier” (Dixie Chicks) and an artist in his own right who boasts a series of eight albums rich with his laconic yet potent grace and emotional dead aim as a songwriter and singer.

But as this couple in life, love and parenthood now unite as a band all its own, it’s more about the promise and thrills of the new than their considerable solo legacies and the laurels they’ve already earned. “We’ve been playing together occasionally over the years,” explains Willis. “And it’s always been really special. So we just thought we’d like to try a real collaboration where we pull from each other’s strengths and create a new entity apart from our separate ones.”

“Yeah, it does feel like the time is right for us to do this together,” agrees Robison. “Kelly is such an amazing singer, and she makes a song sound like it ought to sound. With the songs that she writes and her instincts about the big stuff, it’s going to be a lot of fun.”

And not just for Willis and Robison, but their fans as well. After all they’ve both accomplished on their own, the union augurs even greater and more wonderful sounds to come. And one thing is for sure: listeners will enjoy eternally resonant modern yet rooted country music to be savored and treasured like a bond of true and abiding love.