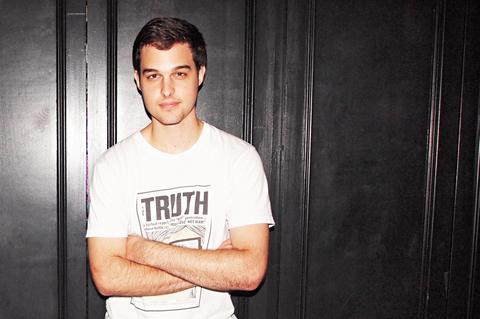 From his (recent) beginnings as a dorm-room producer at Georgia Tech, uploading tracks to Soundcloud as a hobby, to being the first signing to Wolfgang Gartner’s Kindergarten Records, Ralf Popescu never imagined that electronic music would be his career. Quickly attracting listeners on a daily basis, Popeska’s steady output of progressive and sonically addicting material has set the stage for his earned inclusion on the “Love & War” 2012 Fall Tour featuring Wolfgang Gartner and Pierce Fulton.

Popeska’s debut EP entitled “Karmameter,” has undoubtedly become a welcome addition to any electronic music aficionado’s collection. It’s brought in fans from other genres, as Ralf has drawn in inspiration from sources such as folk, classical and jazz to make his brand stand out in a cutthroat era of competition where anyone with a computer can try to pass themselves off as a producer.

If the sincerity of Popeska's art and exponentially growing buzz is any indicator, Popeska is a name to watch out for in 2013 and beyond. This young producer is only getting started.