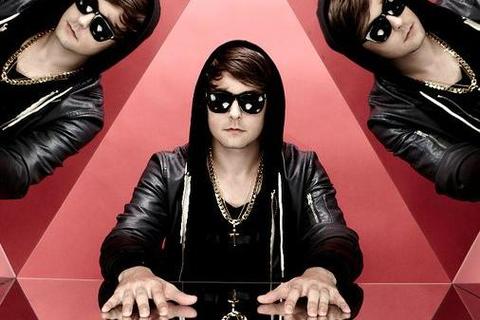 Producer/DJ DallasK has come a long way since his fourth grade self was “buying Ibiza trance mixes.” ”Once I started hearing the new wave of electronic music like MSTRKRFT and Justice, that’s when I decided that this was what I wanted to do as a career,” says the Los Angeles-via- Orlando 21-year-old. The former guitarist and saxophonist began producing at 14 after discovering GarageBand on a teacher’s MacBook and, a few years later, began DJing at various venues. He has since combined his love of electro-house with the ethereal electro-pop of M83, imbuing each of his numerous remixes and productions with song structures more suited to pop than EDM. “I’m trying to bring songs into dance music instead of quote-unquote bangers,” says DallasK. The prolific producer has already earned acclaim for the grimy “Jupiter,” a mellifluous yet dance floor-filling remix of Nero’s “Guilt,” and his own Front/Back EP, among many others. Before he could legally drink, DallasK spun at more clubs than we’ll ever step foot in. But the road warrior looks forward to playing in North America and beyond, while simultaneously producing more tracks for himself and other artists.