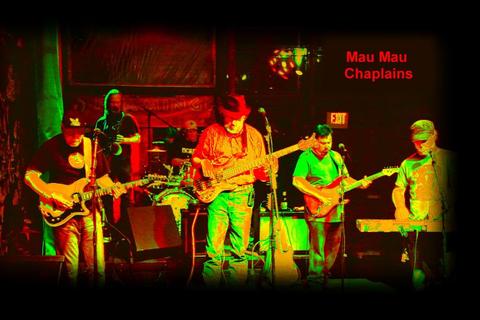 Reggae Texas
It has always been one of those quirks of Texas to attract wildly divergent representatives of humanity who promptly meld their individual talents, heritages, traditions, and experiences into that equally divergent but unique entity that the rest of the world recognizes as Texas music.

This is no less true in the Texas reggae community. Texans have never been in the second wave of recognizing evolving music styles and have supported reggae music longer than the genre has been defined.

While the world knows Texas for an abundance of country and rock performers, it has also produced a surprising number of reggae bands. Tribal Nation, I-Tex, Pressure, the Lotions, and the Killer Bees are but a few bands that come to mind. As divergent as the backgrounds and influences with which these bands began, they have reformed, combined, and evolved into some of the most consistently moving acts in the Texas music culture.

Nowhere has this been as evident as in the band the Mau Mau Chaplains. Playing since 1992, this band features world-class three-part harmonies and a rock steady rhythm; this band is a unique combination of members from many of the above-mentioned Texas reggae bands. They play a wide range of traditional reggae tributes with an obvious respect for Bob Marley.