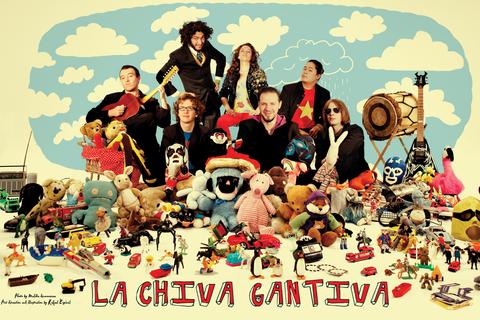 LA CHIVA GANTIVA starts in Brussels with a group of Colombian percussionists playing together for around 10 years.

The result of this cultural soundclash is a unique musical style which has been recorded on their latest release, the CD "PELAO" (Crammed Discs) with the collaboration of the producer Richard Blair (Siddestepper and ex-Realworld sound engineer)