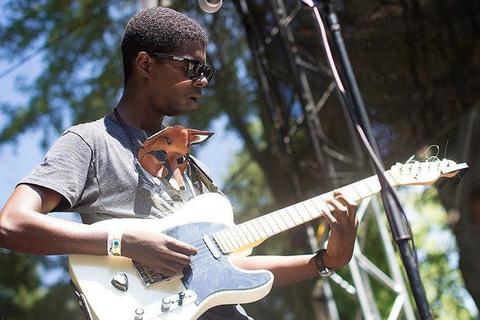 Karim Ouellet was born in Senegal, but has lived in Canada, Senegal, Rwanda and Tunisia during his youth. He now lives in Quebec City. His music is a brilliant mix of raggae, hip-hop, folk, rock and pop. Multi-skilled and hard-worker, Karim Ouellet makes it a priority to oversee every step of the process : lyrics, music, mixing, arrangements and realisation. Finalist of the Festival de la Chanson de Granby 2009 and of the Francouvertes 2011, Karim has also won the pop album of the year for the GAMIQ 2011 (for « Plume »). He has played a lot of festivals over the past year, here in Quebec, but also in the rest of Canada and the States.

Karim Ouellet's new album "FOX" was released novembre 27th 2012 and his single "L'Amour" has been at the top of the charts for 4 weeks now. The videoclip has been seen more than 50 000 times in a week on YouTube.