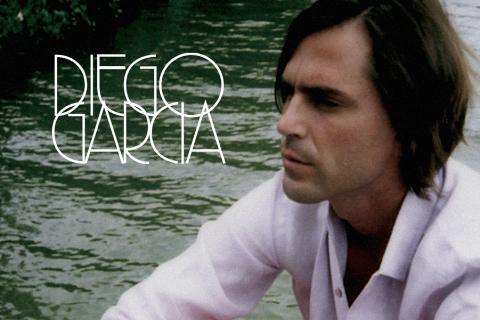 Listen to You Were Never There

Born in Detroit to Argentine parents, Diego Garcia traces his diverse roots on his debut solo album, ‘Laura.’ Garcia was inspired by the loss of love and the classic troubadour movement. “Artists like Sandro, Roberto Carlos and Julio Iglesias were early pioneers in a movement of romanticism in music. It only made sense for me to pick up where they left off,” he says.

It is the fusion of these Latin influences with the era’s “Anglo” visionaries, artists like David Bowie, Leonard Cohen, and Bryan Ferry that makes this project truly special. With lush string arrangements, delicate Spanish guitars, and distinctly Latin flavor, the new album is worlds apart from Garcia’s former band Elefant, a post-punk rock band that entered the music scene alongside The Strokes and Interpol. What remains a constant in Garcia’s new work is the romantic within and the distinctly modern sound.

“For the last four years, I’ve been following my instincts in search for a new sound. A sound that could properly deliver my message on love, or I should say, the ‘malady of love.’ Minor keys, cello, nylon classical guitars, light drums, and wooden tambourines helped create a vibe for me to whisper the words in her ear,” Garcia explains. “So with each new song came a little healing until I eventually started feeling ‘better.’ The irony is that as soon as I accepted closure, my heart opened up and the sound was born. I was ready to love again.”

Garcia’s first single, “You Were Never There,” paved a foundation for the new project. RCRD LBL pledged its support early on saying, “With a flickering, old school touch, Diego Garcia’s croon is one for the bedroom. ‘You Were Never There’ is today’s aural aphrodisiac— a gentle flush of guitars and strings, yelping hooks, and love-worn lyrics.” PAPER Magazine raved, “I can't stop listening to it… The tune has lush string arrangements, guitars and vocal intonation. It's romantic and blissful.”

Starbucks spotlighted “You Were Never There” with a “Pick Of The Week” download card spread throughout its stores in the first month of release. Billboard Magazine praised Garcia for his “melodic pop sensibility” and “stellar solo debut.” Philadelphia’s WXPN raved, “’Laura’ is a warm, lush and beautiful collection of baroque/chamber inspired classic singer-songwriter material.”

My Old Kentucky Blog described ‘Laura’ as “stunning… the best record you never dreamed you’d hear in 2011. Dark, urgent and cinematic.” The new album quickly shot up the charts, breaking into the iTunes Alternative Top 15 albums, alongside new releases from artists like The Strokes and Death Cab For Cutie.