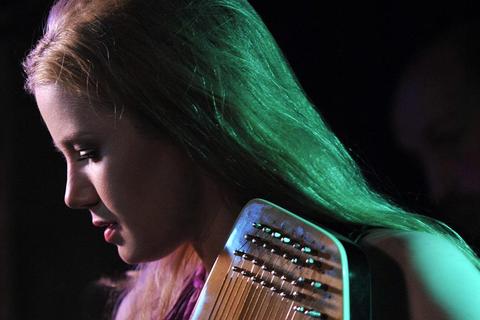 With the release of her debut album 'Dream Life', Mary Epworth has emerged as one of the UK’s most exciting talents. The album’s success in blending 1960s West Coast psychedelia with gospel and dream pop has gained Mary widespread exposure, including singles ‘Black Doe’ and ‘Long Gone’ being play-listed at BBC 6 Music, a sold-out show at the Royal Albert Hall Elgar Room, and a string of festival appearances including Bestival and main stages at Hop Farm and Standon Calling.

‘The album has the transporting quality of a good novel.’ **** THE TIMES

‘A work of bracing originality... Immaculately sung and graced throughout with intelligent, song-serving arrangements and inspired production touches.’ ***** RECORD COLLECTOR

‘The record is a warm, yearning musical love letter.’ MOJO

‘As mesmerising as it is unnerving.’ THE GUARDIAN

‘Dream Life is a powerfully evocative album... Epworth’s mesmerising songs embody the timelessness of a fabled shanty, albeit one played through a folk-gaze fuzzbox.’ THE INDEPENDENT