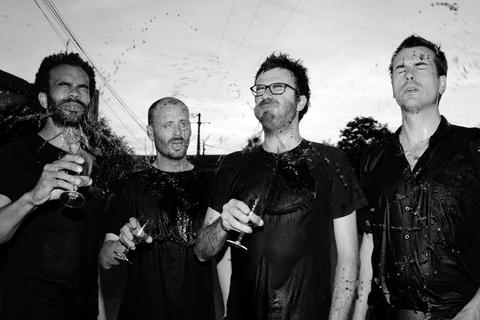 Listen to Prove Me Wrong

These are the current facts and figures of one of the most rocking and active independent rock band in France! Independent because they don’t try to conquer the world, or write and play music to fit some short-lived standards. Independent because they rather deserve than get, humbly last than disappear in a trice. An old and strong vision that might not meet all modern-times requirements, but let’s not forget that all that glitters is not gold…

The band’s first two albums were produced by Iain Burgess, also known for his work on Shellac, Ministry, Jawbox, or PJ Harvey if that rings a bell… They supported The Libertines, Against Me!, Leatherface, amongst others. They were the only French band playing the famous San Feliu Festival in Spain last year, where they met and shared the stage Jay Robbins’ new band Office Of Future Plans and Kepone. That’s where it all started, leading to the band’s upcoming March US tour and release of 7” split with Office Of Future Plans on US label Lovitt records.