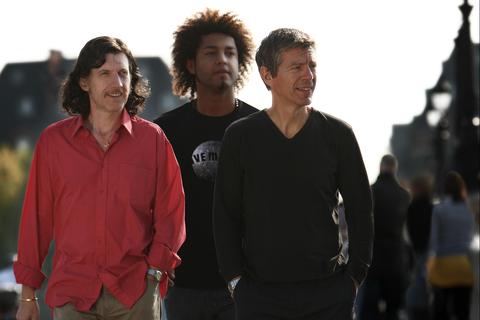 " I do think Titi Robin is one of the world’s great musicians and visionaries."
Charlie Gillet, BBC-London, 2009

For over thirty years, Titi Robin has swum at the confluence of gypsy and Arab cultures. He has surfed the impetuous and majestic poetic wave that flows from the foothills of India through Central Asia down to the banks of the Mediterranean sea. But it is impossible to reduce his art to a simple desire to blend sounds and styles. Titi Robin’s music expresses what words often have difficulty capturing: it speaks of the extreme solitude of the soul, the naked truth of heartfelt emotions, the delicate grandeur of love, the tough but necessary process of learning how to live one’s life, and the fierce sensation, occasionally tinged with violence, that the beauty of the world can stir in each and every one of us. Titi Robin plays the guitar, the ‘ud and the bouzouq and is always the musical composer of his numerous projects.