Folly and the Hunter 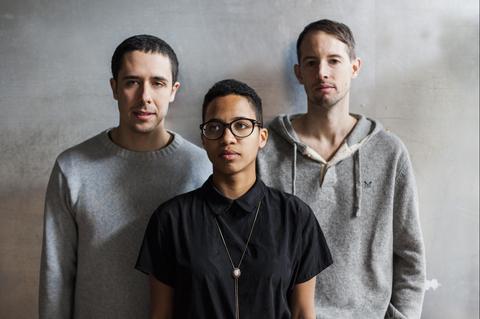 Folly & The Hunter is made of 3 unique individuals that come from a variety of backgrounds that influence the band’s sound.
Nick Vallee, the lyricist and vocalist, was born and raised in Vancouver Canada, and moved to Montreal to finish university, but also came to immerse himself in the vibrant local music scene.
Laurie Torres, a native Montrealer, has played in bands since she was a teenager, and is proficient in a plethora of instruments including piano, guitar, drums and banjo.
Christopher Fox, who grew up in England, also plays a variety of instruments and has been a long time active sound engineer and music producer.
Together, as Folly & The Hunter, the band’s sound is steeped in American folk music but heavily influenced by contemporary sounds such as indie pop and post rock.

Montreal’s Folly & The Hunter has recently signed on with Outside Music and are set to release their sophomore album Tragic Care on April 16th.