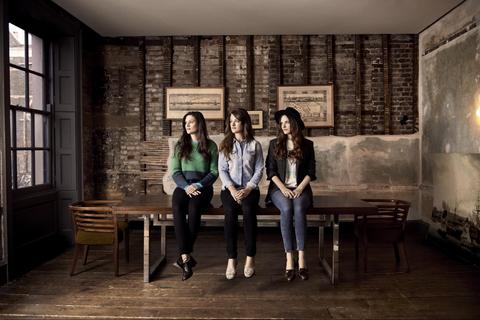 The Staves are English sisters Emily, Jessica and Camilla Staveley-Taylor, whose unique vocal harmonies and haunting melodies have already seen them tipped for success by The Guardian, iTunes, Time Out, The Times, Nylon, and The Independent to name but a few. Known for their jaw-dropping live performances, The Staves recently supported Bon Iver on their European stadium tour, followed by their own headline tour of UK and Ireland before supporting Fink in India. Their debut album Born & Dead & Grown was released in November 2012, the first record on which father and son producers Glyn and Ethan Johns - whose combined credits include The Rolling Stones, Ryan Adams, The Eagles, Ray La Montagne, Kings of Leon - have shared production duties.