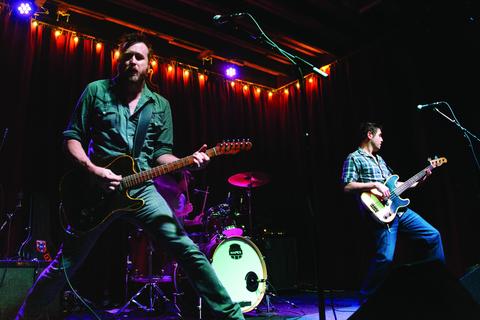 Dash Rip Rock is the legendary New Orleans trio known for their high-octane roots rock. SPIN says Dash Rip Rock is “undeniably the South’s greatest rock band.” The New York Times calls Dash Rip Rock “skillful musicians with a penchant for getting reliably wild….” No Depression raves that DRR’s recent albums prove that Dash is “one of the greatest bands working today.” For over 20 years Bill "Diamond" Davis has made his band Dash Rip Rock Louisiana's edgiest cultural export. In 2012, DRR was inducted into the Louisiana Music Hall of Fame.

Dash Rip Rock has long been celebrated for tight musicianship, high energy live shows, and songs of raw insolence and longing that are sometimes cut with whimsy. Bill Davis, Dash Rip Rock’s founder and frontman, is a songwriter known for his blistering guitar work. The wide tent of their cross-genre fan base includes aficionados of rock and roots-rock as well as rockabilly, country, and punk fans.

"Davis is the brains behind Dash’s brawn, a barroom poet with a wicked sense of humor and a shameless knack for a good lick.”

"What lifts Dash Rip Rock's album a head above most southern rock is Davis's ability to write songs that do more that sell beer on a Saturday night."

"Sporting some of Bill Davis’ hardest-hitting songs—and boosted by the best production the band’s had since its early-’90s alliance with the late Jim Dickinson—this is the album where the band rocks out in earnest...one of the few cases where a band’s 17th album just might be its best."