Born in Iowa City, Iowa, Frances is the daughter of two professors and grew up attending the Iowa caucuses with her parents, instilling a strong sense of pride in democracy and responsibility for civic participation.

Frances holds a degree in Electrical and Computer Engineering from Olin College and a MBA from Harvard. She is a specialist in algorithmic product management, having worked on ranking algorithms at Google, Pinterest, Yelp and Facebook. She was recruited to Facebook to be the lead Product Manager on the Civic Misinformation team, which dealt with issues related to democracy and misinformation, and later also worked on counter-espionage.

During her time at Facebook, Frances became increasingly alarmed by the choices the company makes prioritizing their own profits over public safety and putting people's lives at risk. As a last resort and at great personal risk, Frances made the courageous decision to blow the whistle on Facebook.

Frances fundamentally believes that the problems we are facing today with social media are solvable. We can have social media that brings out the best in humanity. 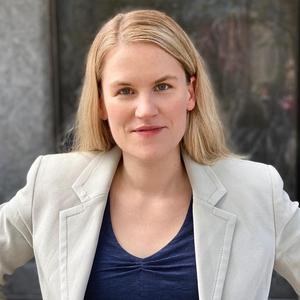