The Mojo Manifesto: The Life and Times of Mojo Nixon

This film’s Online Screening is available in the United States Only. It does NOT require an RSVP. All badgeholders and online passholders can watch this film starting at 9am CT on Thursday, March 17, 2022 through 9am CT on Saturday, March 17, 2022, here on this page or on the SXSW TV app.

Neill Kirby McMillan Jr. comes of age in Danville, VA, listening to records from his father's soul radio station and plotting his escape from the confines of conservative small town life. On a bicycle trip across the country, Kirby experiences The Mojo Revelation and becomes Mojo Nixon, a primitive blues-inspired musician. Mojo then teams up with the enigmatic Skid Roper to form an outrageous duo. Relentless touring, a record deal, college radio airplay, and MTV exposure lead to unexpected mainstream success. The song "Elvis Is Everywhere" is a cult phenomenon, but his next single is banned by MTV and Mojo faces a decision that could jeopardize his career. 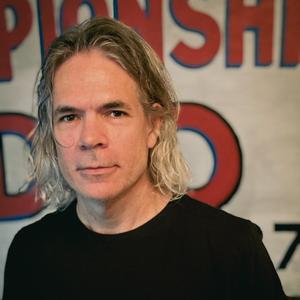