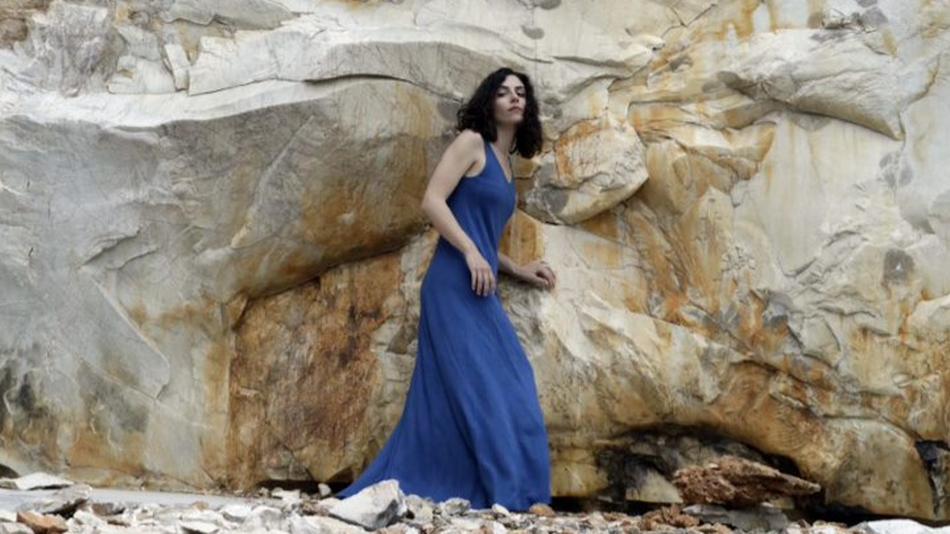 Marta Del Grandi is an eclectic singer songwriter gathering influences from near and far to create a unique genre-splicing style, a jazz vocalist originally, now travelling her own unique and unchartered path.
Signed to Fire Records, she releases her debut album ‘Until We Fossilize’ on November 5th, 2021.

In the not-too-distant past, Marta studied Jazz Vocals at the Conservatorio Giuseppe Verdi in Milan, won diplomas, dabbled with groups and partnerships, with song structures and wordplay. She visited China, then Nepal where she taught at the Kathmandu Jazz Conservatory, before returning to Italy where she unpacked the influences and inspirations she’d soaked up.

Her vocal style matured; became folky, West Coast, ethereal, pronounced, enveloped, exotic, explorative, here, there, everywhere... a chameleon-like presence counter-balancing her music.
Marta Del Grandi has studied the fine art of songwriting, drawing from the wonderment of life, she weaves stories of marine fossils at the peak of the Himalayas, myths around precious stones and species on the brink of extinction.
“Modern and ancestral at the same time.”

Artist is seeking the following professional connections: Other Artists to Tour With
Genre: Singer-Songwriter
Subgenre: Indie Pop
From: Milan, ITALY