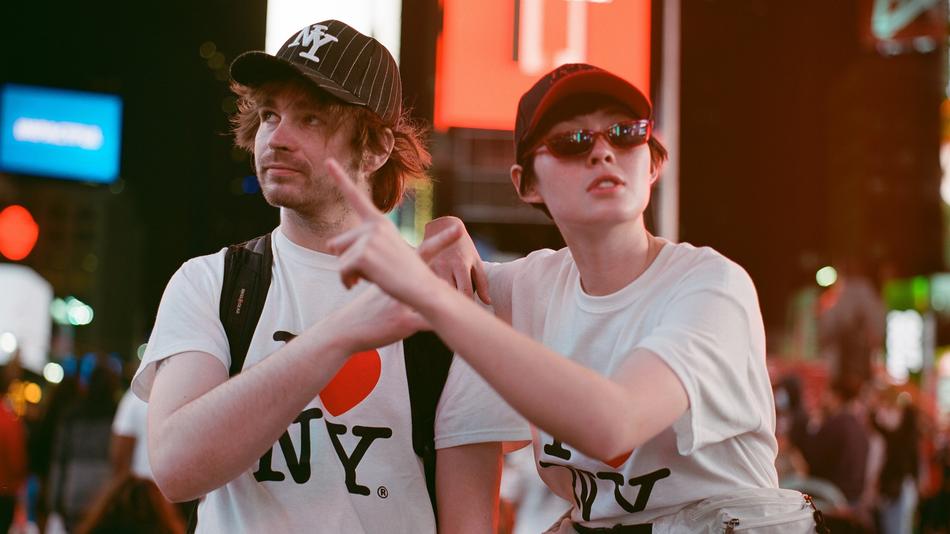 There’s no perfect way to describe Water From Your Eyes; to relate the New York duo in absolutes would be imprecise and frivolous. Since 2016, the group's clear-eyed approach to dance music has combined austerity and satire, abrasion and charm, with the pair plotting sonic trajectories on All a Dance and forgoing traditional album structure with Somebody Else’s Song. Having begun as an anti-pop project à la New Order and LCD Soundsystems, Water From Your Eyes quickly found themselves pivoting into a style-shaking act, combining art pop, trance, and dance punk into a reflective fusion of influence and genre. Nate Amos (This is Lorelei) and Rachel Brown (Thanks for Coming) delight in contradiction on their upcoming Wharf Cat debut, Structure. Water From Your Eyes wade into straight-faced sub-genres with tongue-in-cheek wit and undoubtedly know-how for their most staggering project yet.

Artist is seeking the following professional connections: Other Artists to Tour With
Genre: Rock
Subgenre: Post-Punk
From: Brooklyn, NY