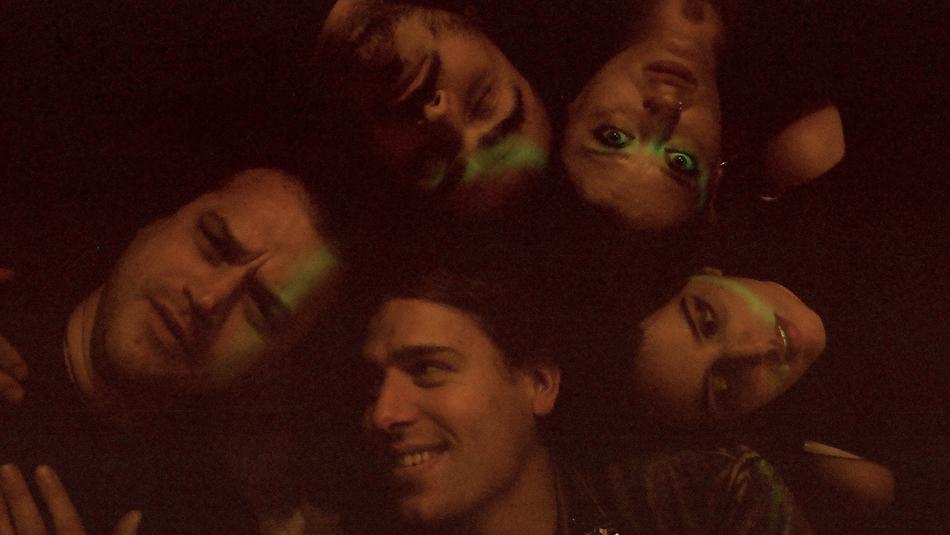 Few bands have the bravery, determination and self-belief to survive times as tough as Phobophobes have endured, pretty much intact. And even fewer have the talent to rebuild themselves with such creative voracity, making some of the most alluring, unsettling, inventive, and cutting-edge music.

The success of the 2015 single Make A Person led to recording their debut album Miniature World between Utopia Village in Primrose Hill and Abbey Road.
Miniature World was exceptionally well received, gaining notoriety through rotations from Lauren Laverne, Iggy Pop and Steve Lamacq on BBC 6 Music. Lamacq played Human Baby every day for a week, which galvanised enthusiasm for the album as a whole and earned it BBC 6Music's Album of the Day.

In 2019 they toured with Killing Joke, played London's Roundhouse on the final date. They also made festival appearances at Lattitude, The great Escape and headlined the Rising stage at Green Man Festival. Soon enough, they found themselves recording new material.

After a long wait throughout the pandemic, their new album "Modern Medicine" was finally released earlier this year