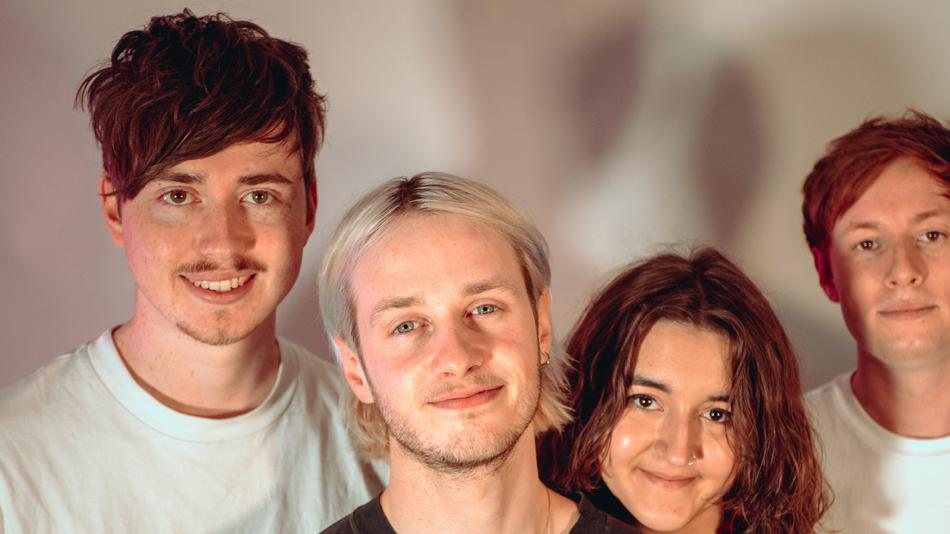 Formed in the heart of Northampton, England in 2016, Sarpa Salpa have evolved both physically and musically to achieve their current form. Marcus Marooth (vocals/guitar), George Neath (guitar/synth), Meg Amirghiasvand (bass) and Charlie Doe (drums) are four friends whose individual tastes and talents came together perfectly to become Sarpa Salpa. With influences spanning the breadth of the indie, pop and rock spectrum, Sarpa Salpa create a sound that is uniquely their own and has won them a loyal fanbase across the UK.

The band have garnered increasing support from BBC 6 Music Legend Steve Lamacq, BBC Radio 1 tastemaker Jack Saunders (Tune of the Week), Radio X (Evening Playlist) and extensive backing from the BBC Introducing network. In addition to Radio, Sarpa Salpa’s live show has become synonymous across the UK with multiple sell out dates as far and wide as Glasgow to Portsmouth. With over 1,000,000 streams across Spotify and Apple Music on their self-released music Sarpa Salpa have solidified their place as ones to watch in the alt-pop genre.