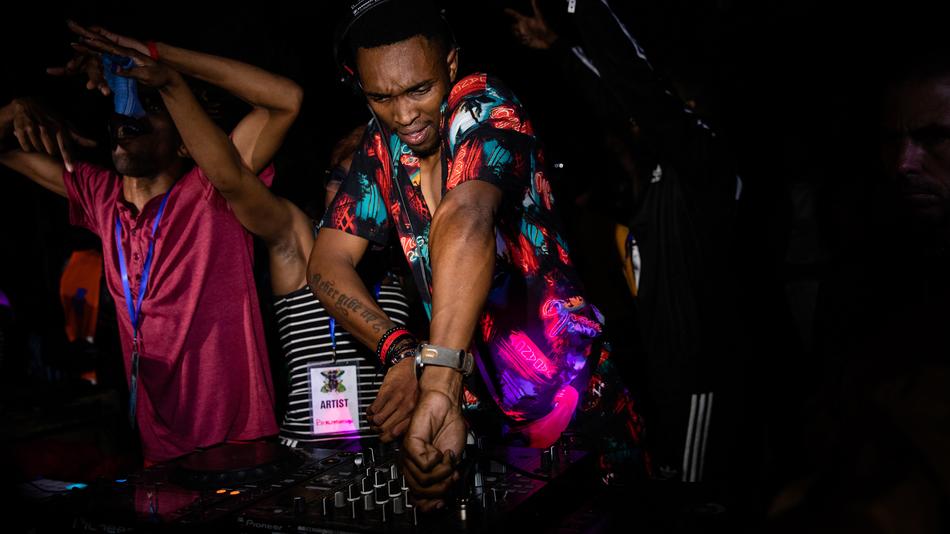 Menzi hails from the Umlazi township of Durban, where he rose to prominence as one half of Gqom pioneers, Infamous Boiz, whose influence is now felt shuddering from speakers in clubs across the world. Aside from producing, Menzi also runs the annual Gqom Bloq party, Festive Road Block Umlazi, and recently has supplied beats for some of South Africa’s biggest acts (Moonchild Sanelly, Mahotella Queens, Zolani Mahola and Zakes Bantwini).

Daring to mess with the machinery of Gqom’s sharply defined style, Menzi opens it up with cyperpunk-cinematic sound design and searing synth dynamics to invoke and unleash the sound’s darker side.