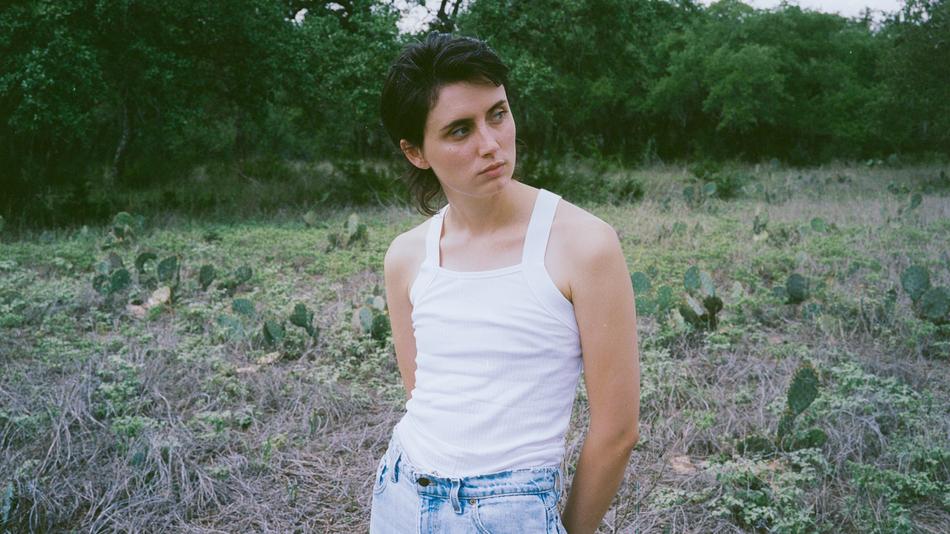 Katy Kirby is a Texas-based songwriter and indie rock practitioner with an affinity for unspoken rules, misunderstanding, and boredom. She was born, raised, and homeschooled by two ex-cheerleaders in small-town Texas and started singing in church, amidst the pasteurized-pop choruses of evangelical worship. Like many bible belt late-millennials, Katy grew up on a strict diet of this dependably uncool genre and accordingly, Cool Dry Place finds her dismantling it.

Instead of eradicating the pop sensibilities of her past, she warps them, lacing sugary hooks with sneaky rage, twisting affectionate tones into matter-of-fact reproach, and planting seemingly serene melodies with sonic jabs. The fun is in the clash.

The nine tracks that make up Cool Dry Place are miscellaneous in subject (motherhood, late capitalism, disintegrating relationships,) but unified by the angle from which they’re told: from a person re-learning to process life with intense attention. Each song is a catalog of fragments, the number of segments in an orange or the cut of an obsessively-worn shirt, distilled into meditations on the bizarre and microscopic exchanges that make up modern life.