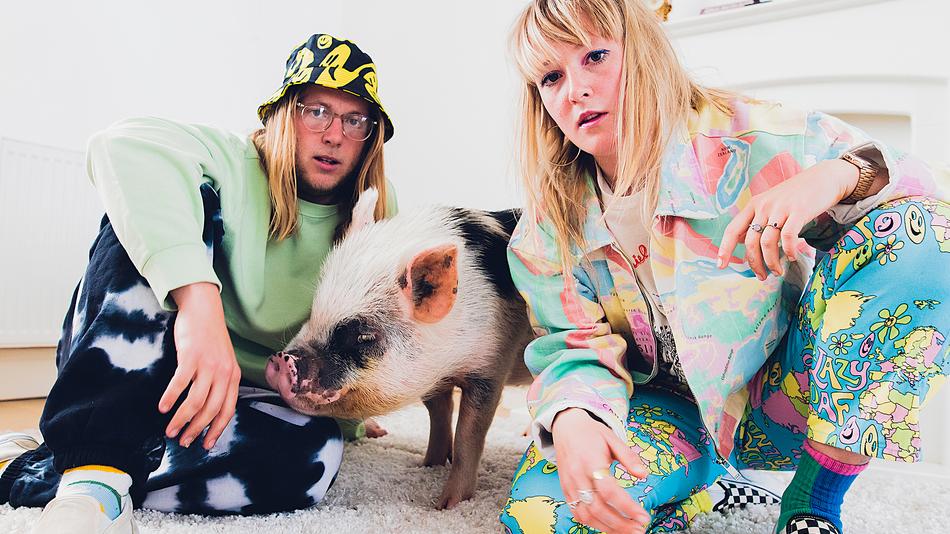 Penelope Isles, the project of UK-born and bred siblings, co-songwriters and co-vocalists Lily and Jack Wolter, recently announced Which Way To Happy, their sophomore album and follow-up to their 2018 debut Until The Tide Creeps In (to support the release they played over 150 shows all over the world, including three tours across the USA). Which Way To Happy—which was produced by Jack and mixed by Dave Fridmann will be released on November 5th via Bella Union.

The result is an intoxicating leap forward for the Brighton-based band, following the calling-card DIY smarts of their 2019 debut, Until the Tide Creeps In. Sometimes it swoons, sometimes it soars. Sometimes it says it’s OK to not be OK. Pitched between fertile coastal metaphors and winged melodies, intimate confessions and expansive cosmic pop, it transforms “difficult second album” clichés into a thing of glorious contrasts: a second-album surge of up-close, heartfelt intimacies and expansive, experimental vision.