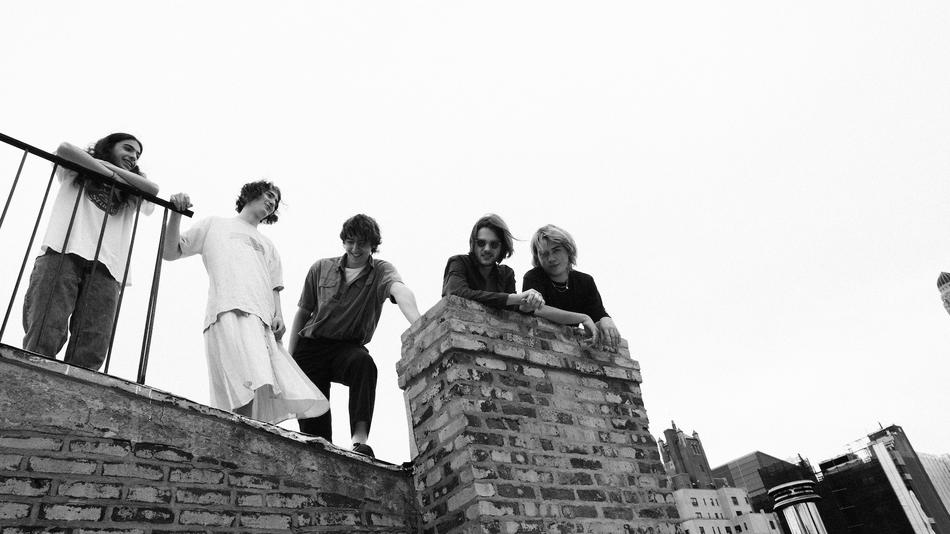 Geese is a band that begins and ends in Brooklyn, as a project between friends to build a home studio out of a basement. Their debut album, Projector, is born from the same ambition: make music by any means necessary. The songs were recorded with sneakers as mic stands and blankets draped over the amps, all within the afternoon following a school day, up until they ran the risk of noise complaints. As a result, Projector is as much a moment in time as it is an album. It represents five teenagers whose love of music touches every part of their lives: their restless anxiety about their futures, and their pent-up frustration with their present - a perspective all too familiar in today’s uncertain world. Perhaps then it only makes sense that the figure on the album cover was born from a dream: curiously alien, yet strangely familiar.