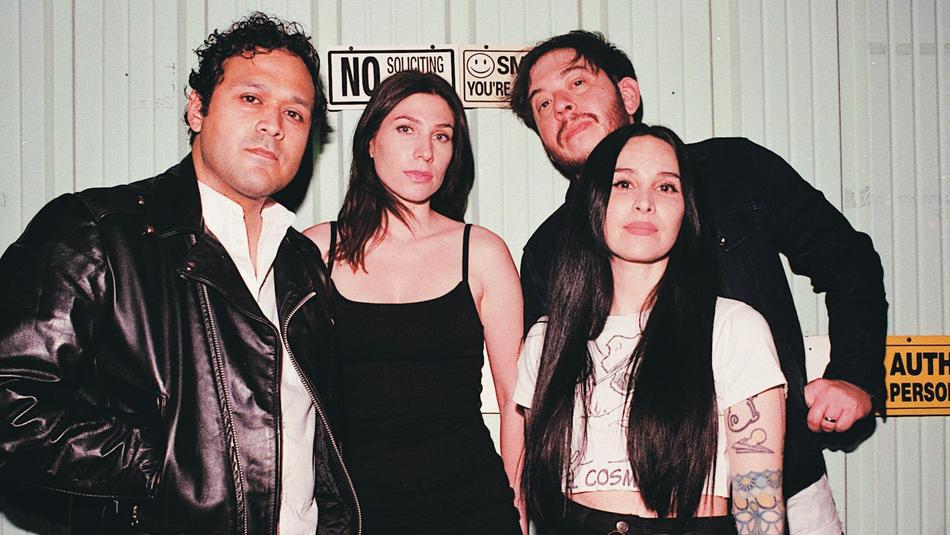 Blushing originated in the summer of 2015 after Michelle Soto (guitar, vocals) shared her songs with long-time friend and classically trained vocalist Christina Carmona (vocals, bass). Picking up the bass, Carmona helped to fully flesh out tracks and the two incorporated their spouses Jacob Soto (drums) and Noe Carmona (guitar). Bringing together their combined classic influences from bands like Lush, The Sundays, Cocteau Twins and My Bloody Valentine, they developed their own sound as it is today. Their debut EP "Tether" was self-released in 2017, followed by their EP "Weak" on Austin Town Hall Records in January of 2018.Their self-titled debut LP was released in September 2019 on Wallflower Records and Japanese label Hands and Moment to critical acclaim, selling out two vinyl pressings within 8 months. The release was widely praised and garnered the group a host of new fans.
Channeling their high-energy performances and gaining infectious momentum, Blushing have toured the U.S. East and West coast and have since been asked to play official SXSW showcases in 2018 through 2021, Levitation, Audiotree, Part Time Punks and plan to release a new record in early 2022.

Artist is seeking the following professional connections: Other Artists to Tour With, Booking Agent - US
Genre: Rock
Subgenre: Shoegaze
From: Austin, TX