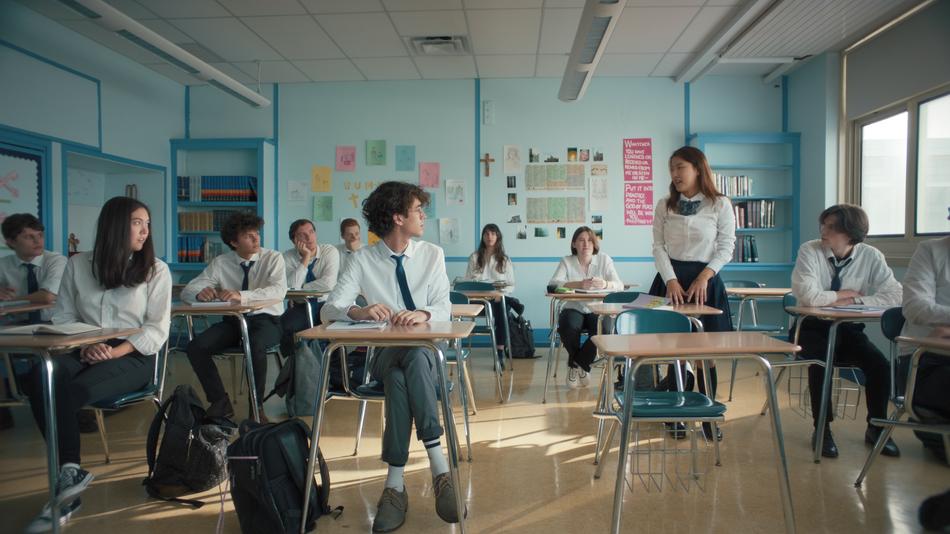 Jamie Park arrives in Illinois, fresh off the plane from Seoul, where she meets her cousin Eli, and his parents and sister. On her first day at St. Mary’s High, Jamie meets Eli’s girlfriend Lauren, and Eli’s estranged best friend Harvey. Lauren and Harvey become fast friends with Jamie, throwing Eli for a loop. Eli throws a party, and after a triggering conversation, Jamie storms out of the house. Eli chases after her, asking why she’s staying with his family, prompting Jamie to reveal the real reason why she’s there.