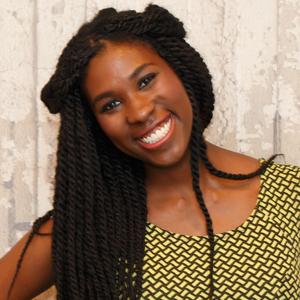 Bridget Todd got her start teaching courses on writing and social change at Howard University.

Since then, she's trained human rights activists in Australia, led strategy for organizations like Planned Parenthood, the Women's March, and MSNBC, and ran a training program for political operatives the Washington Post called “the Hogwarts of the Democratic Party.” She’s questioned Obama about policy on MTV and been on the Daily Show.

Formerly, Bridget explored feminist activism with the 2 million listeners of her podcast Stuff Mom Never Told You. Currently, she works with AFROPUNK, a music and culture festival, to produce a global salon where she’s hosted folks like Angela Davis, Ava Duvernay, and #MeToo creator Tarana Burke.

Bridget’s work has been covered in Teen Vogue and she was named a notable woman in politics by Paper Magazine.

How Women Can Save Journalism

Pretty Bitches: How Language Can Confine Us—Or Set Us Free