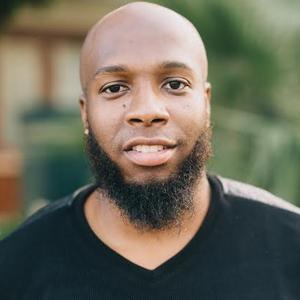 On August 24, 2009, Aswad was 26 years old and just three weeks from going to Europe to play professional basketball. As he left a convenience store, he was approached by two men intent on robbing him and he suffered two near-fatal gunshots to his back, ending his basketball career. Aswad’s story was featured in the New Yorker Magazine, “Black Wounds Matter”, NPR, “Black Men Who Are Crime Victims Have Few Places to Turn, Sacramento Bee, “California’s crime survivors must speak out for smart justice, “VICE/The Marshall Project, “How I Came to Terms with the Man Who Shot Me, Marshall Project, “We are Witnesses”, and the Hartford Courant, “On Hartford Streets, A Life Nearly Derailed by Bullets”, “Hartford Shooting Survivor Stands Against The Violence”. He went on to become one of Connecticut’s most outspoken supporters of additional resources for victims of gun violence and has been a leader in building coalitions across racial lines to advance justice reform and prevent gun violence. Aswad founded Hartford Action, a grassroots organization working to empower communities to change policy and improve the relationship between the Greater Hartford community and the justice system.

Aswad is developing Crime Survivors for Safety and Justice Chapters in Alliance for Safety and Justice’s partner states (and beyond). He is helping to expand our national network of crime survivors to include those most commonly affected by violence, including young men of color, and help elevate those voices in state and federal policymaking debates. Aswad received a Master’s of Social Work, with a concentration in Community Organizing and focused area of study in Urban Issues, from the University of Connecticut, and a B.A. in Business Management from Elms College. He lives in Atlanta, Georgia with his Wife.