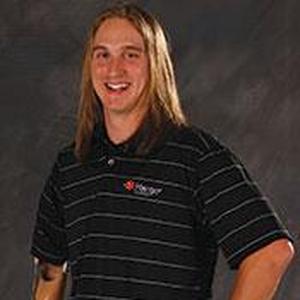 On September 15, 2001, 15-year-old Cameron Clapp and his twin brother were drinking in the wake of the national tragedy of 9/11. Cameron was struck by a train and instantly lost both legs above-the-knee and his right arm at the shoulder. The California surfer was told by doctors he would never walk again, but he proved them wrong just five months after the accident by walking independently with two prosthetic legs. Now at 32, Cameron travels the country on two microprocessor-controlled legs, sharing his incredible survival story with fellow amputees, teenagers, and members of the medical community. He’s back to surfing, snowboarding, completing triathlons, running half-marathons, and has competed at the national level in adaptive sports. A SAG member, he's appeared on national TV shows and in major motion pictures, though he's now focused on completing a bachelor's in sociology and pursuing a master's in social work, to better serve the limb loss community.

Cameron has been an amputee for 17 years, longer than he was able-bodied. Along with Pedro Pimenta, Cameron appears in the MiGO VR experience, sharing his personal story and inviting viewers into his point-of-view as he dons his prosthetic devices, surfs, runs, drives, cooks, and more. As a high-functioning prosthetic user, Cameron inspires people everywhere he goes: amputees often reference meeting him or even seeing a poster of him as a source of encouragement. Cameron is an expert in prosthetic use and coaching, but his empathy is what stands out most. His efforts were crucial in helping the MiGO design team determine how to capture and translate that empathetic energy and encouraging spirit in a 360-degree video format. MiGO is the next stop on Cameron's life-long mission to improve the lives of amputees, for which he's been recognized with a Shining Star Award and the Mohamed Amin Award for Humanitarian Service.