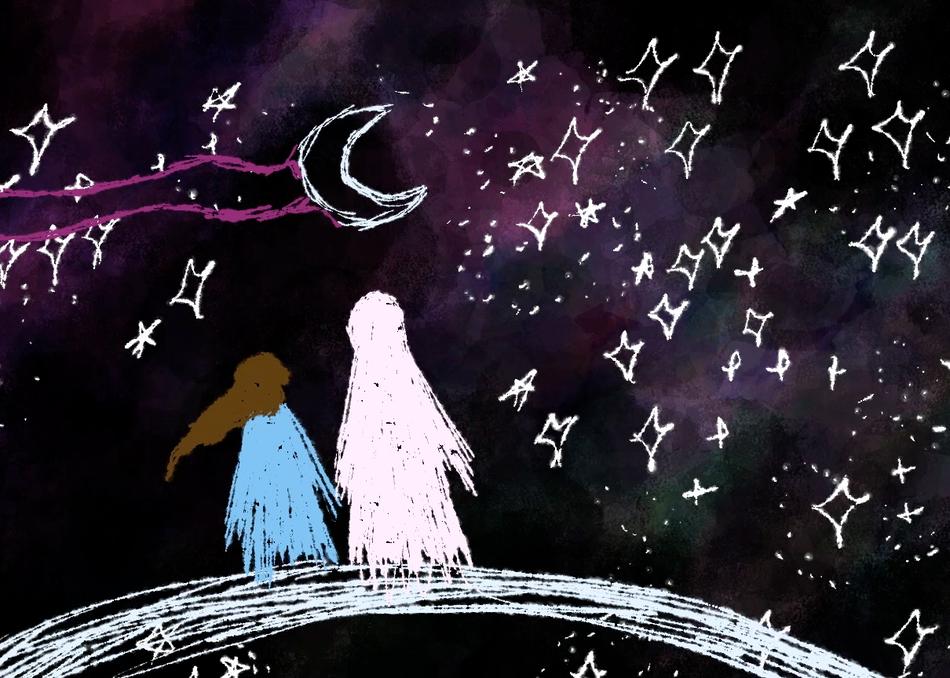 "A Walk Along The Stars" is an animation and archival home footage I made in the memory of my grandmother. She said she saw the stars in her dreams, and she believed, more than anything, that she would be reunited with them when she passed. Recently, my family bought and rebuilt my grandmother's house, and I had a hard time adjusting because I had so many memories there. I made this film to work through and express everything that I was feeling. I wanted to share the experience through a simple child-like animation style because I was a lot younger when I lost my grandmother. The themes of loss and grief I hope are ultimately outshone by the themes of hope and love.