Janelle Monáe is one of the most celebrated artists of our time. An 8-time Grammy-nominated singer, songwriter, producer, performer, activist, and fashion icon, she is known worldwide for her inimitable style and visionary sound, which celebrates the spectrum of identity. Monáe’s album ‘Dirty Computer’ was nominated for two Grammy  awards in the categories of ‘Album of the Year’ and ‘Best Music Video’. As a humanitarian, her position as a co-chair for When We All Vote, and her Fem the Future initiative, empowering other female filmmakers inspires and empowers not only fellow creatives but society as a whole.

As an actor, this April Janelle will headline the upcoming dramatic thriller ANTEBELLUM from the acclaimed writing and directing team, Gerard Bush + Christopher Renz. Lionsgate will release the film on April 24th, 2020. Premiering at Sundance, Janelle can next be seen in the upcoming Gloria Steinem biopic, THE GLORIAS: A LIFE ON THE ROAD, as Dorothy Pitman Hughes. This year, Janelle will also star in the second season of Amazon’s critically acclaimed series, HOMECOMING. Janelle is currently on the big screen in Kasi Lemmon’s HARRIET (Cynthia Erivo) for Focus Features, and Janelle voices the role of the wise-cracking pound dog “Peg” and performs two original songs in Disney’s remake of LADY AND THE TRAMP, in collaboration with her Wondaland Arts Society team. 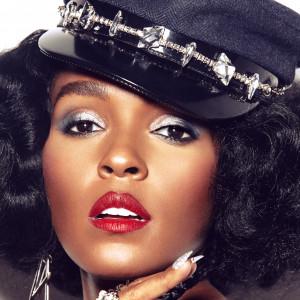