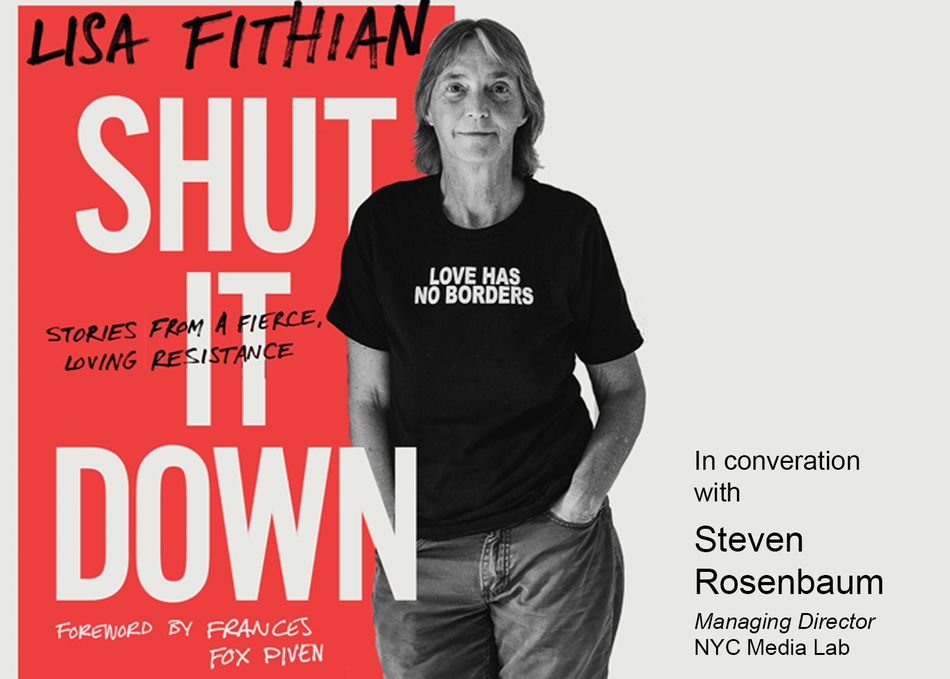 Lisa Fithian has spent her life on the front lines. She’s an activist and organizer who’s galvanizing personality and fierce determination have helped move people onto the streets. Using creative, strategic, nonviolent direct action and civil disobedience, Fithian has mobilized tens of thousands of people to stand up and be counted. She says the issues facing our planet has her wanting to share her methods and strategies with a broader audience. She’s put her learnings in a powerful new book - Shut It Down: Stories From a Fierce, Loving Resistance which takes readers inside the challenging and critically important direct action movement. Shut It Down is a handbook a generation of activists fighting for change now.

Fithian will be in conversation with Steven Rosenbaum, the Managing Direct of the NYC Media Lab, and lifelong friend of Fithian’s, and a documentary filmmaker who’s work has included films about American Neo Nazi’s, An American Presidential Campaign, and New York’s struggle and social re-invention after the 9/11 attacks on the World Trade Center