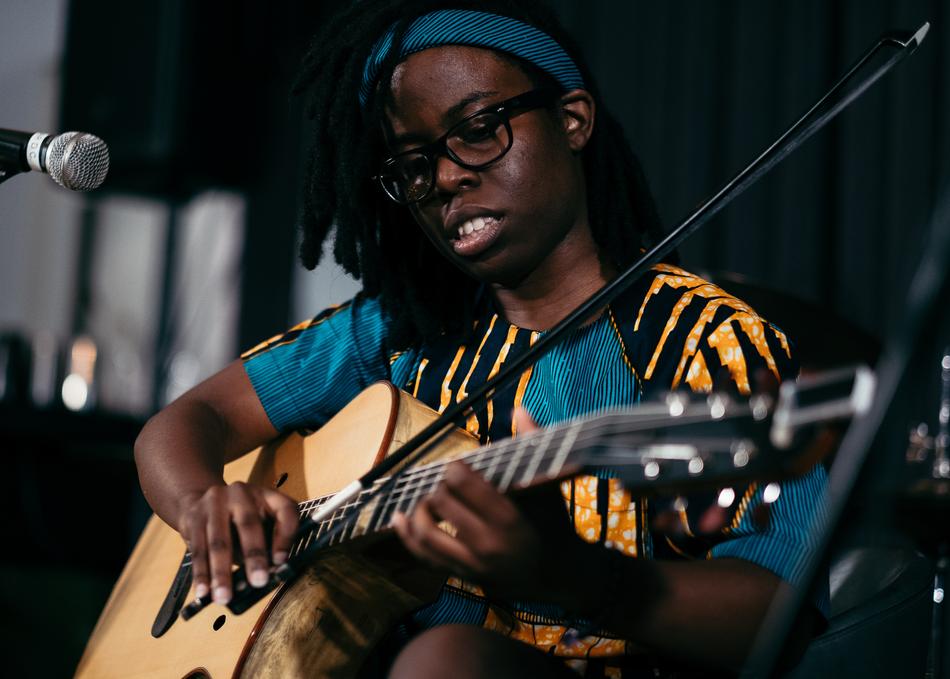 Yasmin Williams is an acoustic fingerstyle guitarist with an unorthodox, modern style of playing. She grew up in northern Virginia and was introduced to the guitar after playing the video game Guitar Hero 2. Her music has been described as relaxing, uplifting, and thoughtful and has raised the bar of what is considered possible to play on the acoustic guitar. She uses a combination of fingerstyle and lap-tapping guitar techniques, with percussive sounds to play melody, bass, and drum parts all at the same time, creating sophisticated and intricate compositions. Yasmin graduated from New York University with a degree in Music Theory and Composition.

Her debut album, Unwind, was released in 2018 and has received favorable reviews by NPR Music, Acoustic Guitar Magazine, Vintage Guitar Magazine and other publications and has charted highly on iTunes, Amazon Music, and the Billboard Heatseekers chart. Yasmin has also performed at the Kennedy Center, Arena Stage, the NAMM show, Woodsongs Old Time Radio Hour, WUSA9 Great Day Washington and other notable venues and television shows.