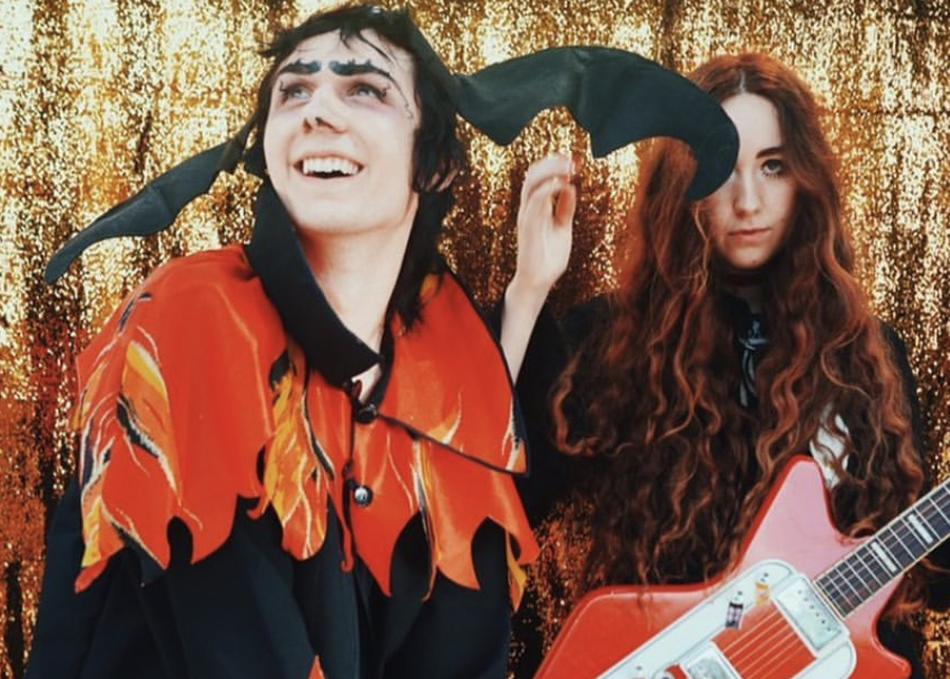 Lord Friday the 13th is a dollar store glam/punk band based in Austin, TX. Fronted by siblings Felix (lead vocals) and Sloane (guitar) Lenz, their sound has been described as the Velvet Underground meets the New York Dolls, with hints of early Iggy and the Stooges. They've released their first single titled 'BIG MAC', which was recorded in Ireland at Bed Rock Studios, and their second single 'Sally Wants a Salad' in December. They play with a rotating cast of characters who make up their rhythm section, so every show feels like the first and has a special energy. The band just recorded their first full length album in Ireland, and plan to release a single and video within the next couple months. They plan to continue letting the universe lead and show the way for Lord Friday.