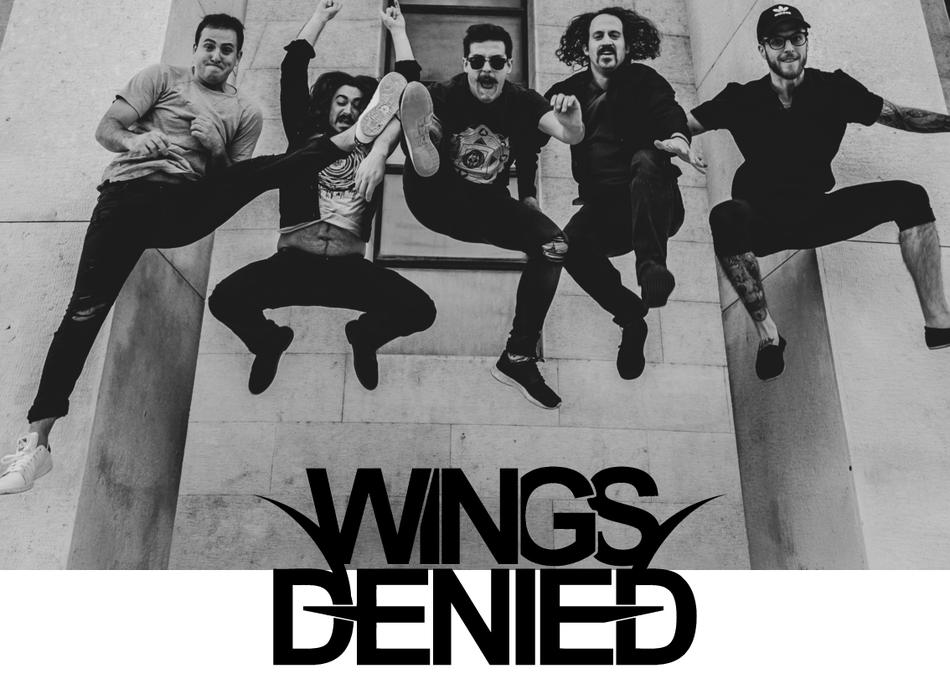 WINGS DENIED was forged in the melting pot that is Washington DC. Just three months after becoming a cohesive unit, the band self-released their Awake EP, with over two thousand downloads in the first twenty four hours. WINGS DENIED honed their craft and hit the road, touring constantly before releasing their first full-length LP, 2014’s Mirrors for a Prince. The album remained in the Bandcamp metal “top 10 chart” for several weeks while WINGS DENIED, after teaming up with Outerloop Management, embarked on a two month national headlining summer tour and a three week winter tour supporting the album.
In 2016, WINGS DENIED released the five-song Voyager EP. The next two years brought a plethora of touring, as the band provided direct support nationwide for Native Construct (Metal Blade) and The Convalescence (Unique Leader), as well as performing several headlining tours.
Through these journeys, a new record was drafted, and the band recruited renowned producer Joel Hamilton (Highly Suspect, Bonobo) to forge their vision of a genre-defying diverse collective of music. This new album, slated for a 2020 release, combines the blisteringly fast complexity of previous releases.