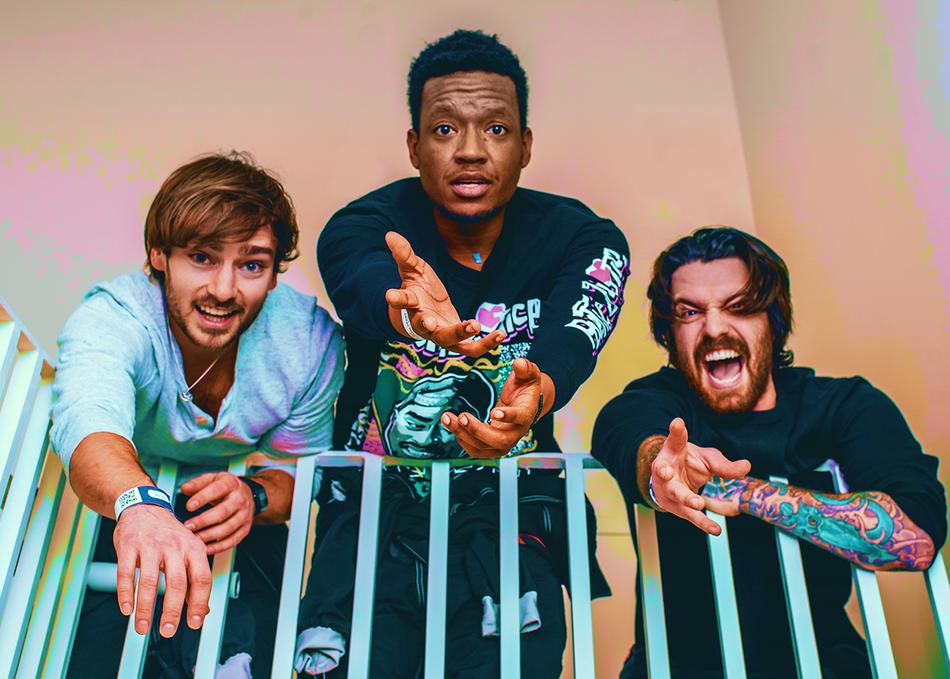 Swimming With Bears consist of Joe Perry (lead vocals/bass), Jon Kerr (guitar/vocals), and Ryan Hannasch (drums/vocals). On their new self-titled EP, Swimming With Bears deliver a batch of five songs that showcase the next chapter as a band: truth and escapism. But beneath the vulnerability and personal lyrics are upbeat and fun tracks that everyone can relate to. It marks a period of major growth for Swimming With Bears, who spent the better part of the last year honing their craft in the writing room as well as on tour. Upon hearing the EP’s lead off track, DON’T THINK ABOUT IT, Ones to Watch noted, “the carefree opportunism of whiling away summers in your teens unbound by the responsibility of adulthood. The track’s sun-soaked guitars and unfaltering groove conjure up a hedonistic sense of freedom...” In bringing the new EP to life, they worked closely with producer Ryan Hadlock (produced for Lumineers, Vance Joy, Brandi Carlile), immersing themselves in a more thorough recording process than they ever attempted before.