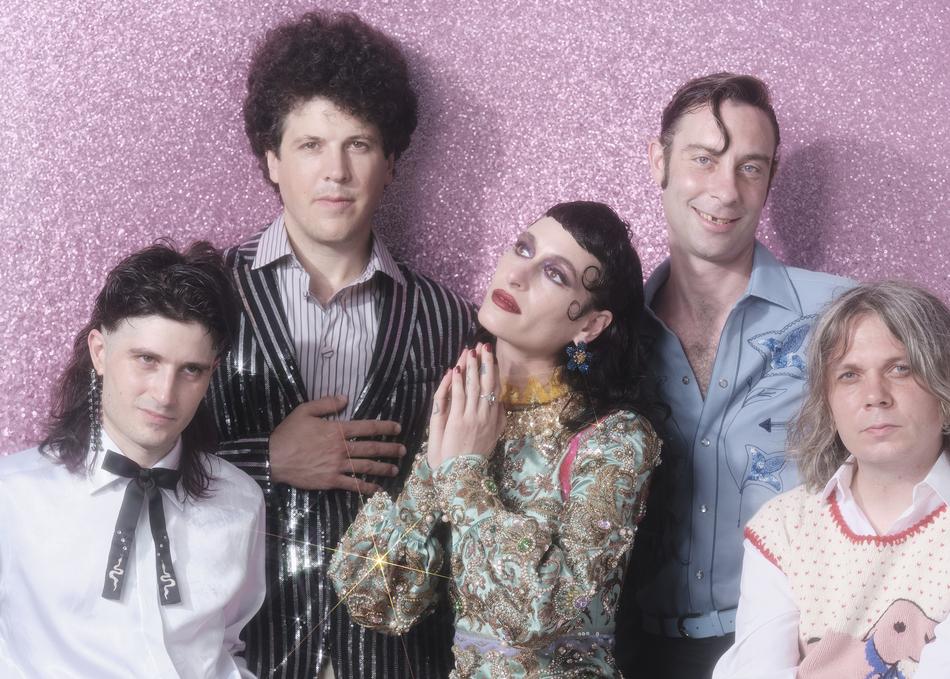 Atlanta underground rock provocateurs Black Lips have announced that their new LP The Black Lips Sing In A World That’s Falling Apart is set for release January 24th on Fire Records/Vice. Boasting an unapologetic southern-fried twang, the twelve-track collection marks the quintet’s most pronounced dalliance with country music yet, with a clang and harmony that is unmistakably the inimitable sound and feel of the Black Lips. While the songcraft and playing is more sophisticated, Black Lips were determined to return to the raw sound roots that marked their early efforts. Recorded and co-produced with Nic Jodoin at Laurel Canyon’s legendary, newly reopened Valentine Recording Studios (which played host to Beach Boys and Bing Crosby before shuttering in 1979) without Pro-Tools and other contemporary technology, the band banged the album out directly to tape quickly and cheaply, resulting in their grimiest, most dangerous, and best collection of songs since the aughts.