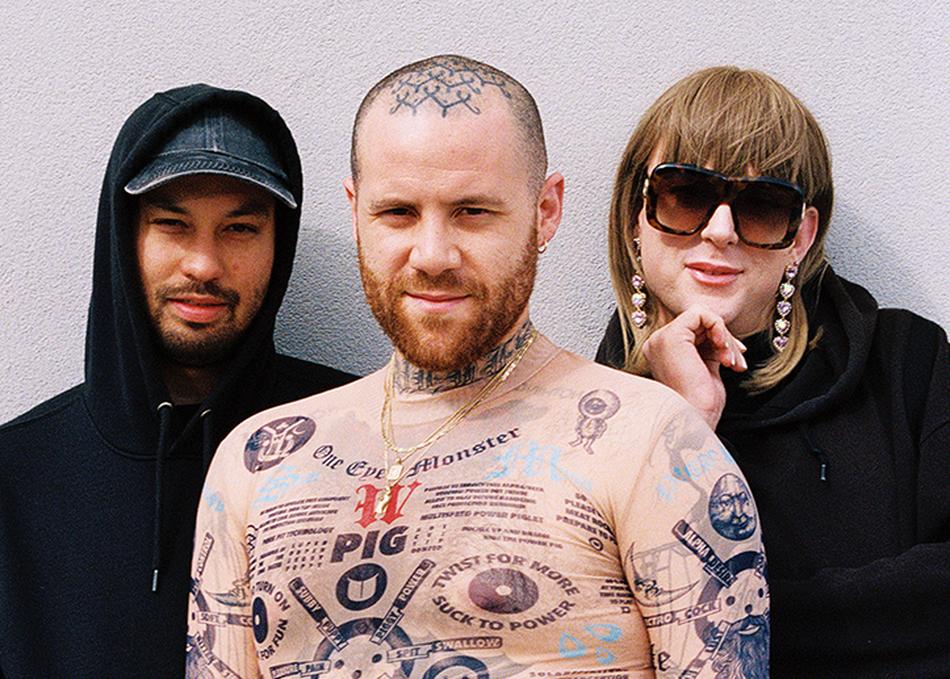 bottoms was formed in 2014 by musician Babes, drummer Michael Prommasit, and performance artist Jake Dibeler. In 2015 they released their debut EP "GOODBYE" on JD Samson's label Atlas Chair. This was followed by a 12” re-release of their single “My Body” with a b-side rework by Kassem Mosse receiving plays by Ellen Allien & Shawn J Wright.

After a few year hiatus, bottoms reunited for a headline show at MoMA PS1 and found a renewed energy to make music together. Their live show is a hybrid of DJ sets with performative elements; sampling, drum machines, and vocals. At SXSW they will DJ a short set at Bushwig.