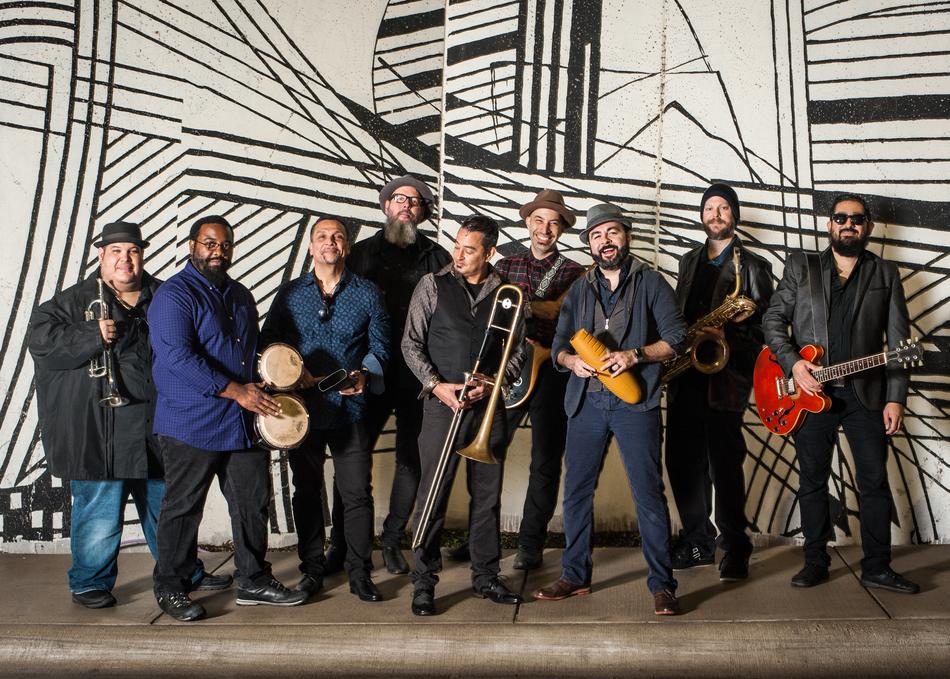 The nine-piece collective formed in 2000 in Austin, Texas, and are now entering their 19th year as a band. Grupo Fantasma has been praised as one of the most important independent acts in the Latin genre and has continually defied expectations to create one of the most unique musical voices to come out of the USA in the 21st century. In 2011, they garnered further acclaim by winning a Grammy (their 2nd such nomination) for their self–produced release El Existential, which the Wall Street Journal called “Latin music both new and traditional…vibrant fusions that transcend easy classification.”

Their 7th full-length album American Music Vol. VII was released in 2019 on Blue Corn Music. The very title of the record takes on definitions of identity, borders and who is illegal or “other.” In presenting their unique multi-ethnic musical mix to audiences over the years, Grupo were constantly challenged by “the concept of identity, citizenship, and the nationality of music,” especially in the press and music industry. Yet, as they attest, in many ways “music is the ultimate assimilator, crossing borders and cultures and mutating to represent the the experiences of its performers.”

Artist is seeking the following professional connections: Other Artists to Tour With
Genre: Latin Rock
Subgenre: Funk
From: Austin, TX