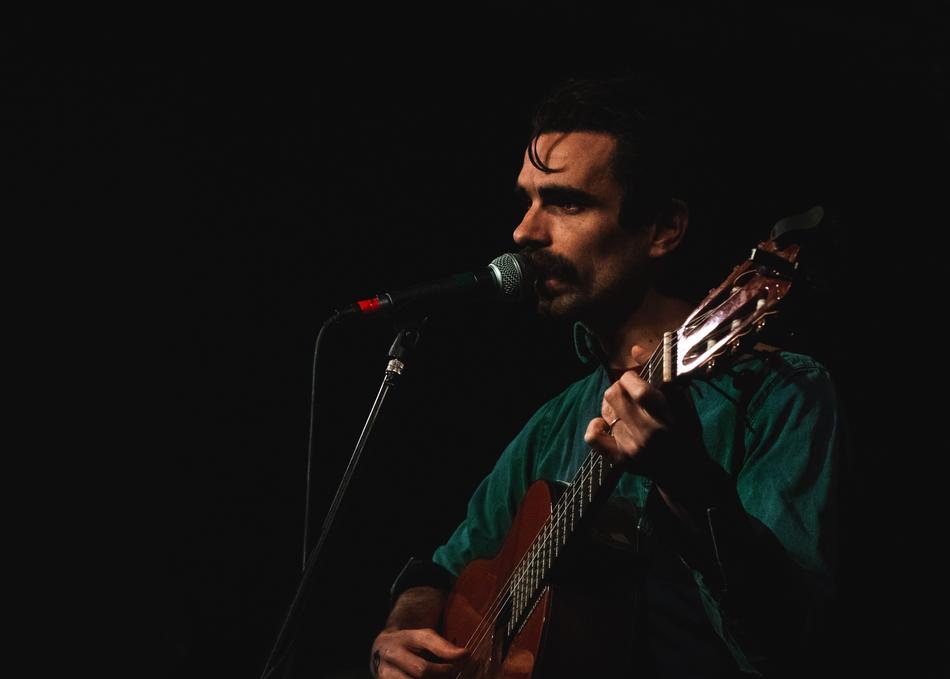 "Moser reveals himself as a contemplative, wandering soul, soaked in an age-old cynicism and plainspoken wisdom." (Secret Meeting, UK). Upon the closing of a career as a professional ballet dancer, Jordan Moser brought his other life-long passion of songwriting to center stage with his release of Long Night. Paste Magazine described Long Night as, "understated, but quietly vibrant and unexpectedly absorbing.”

Early on, Jordan Moser cut his teeth busking in New York City while pursuing his dance career. Arriving in Austin in 2007, he found himself playing his songs in any and every cafe, bar and venue in town. In 2017, Jordan and his band (Dailey Toliver, Molly Burch, Jeff Crozier) traveled to Fayetteville, Arkansas to record what would become Long Night. 2019 saw the release with a celebrated show at Austin’s famed listening room, Cactus Cafe.

Jordan Moser resides in Wimberley, Texas where he makes music in the hilltop writing shack of his late father-in-law— journalist, author and purveyor of the Texas myth, Billy Porterfield. Jordan Moser’s brand of literary folk-country is quietly wise, with memorable melodies and gut-punch lyricism.