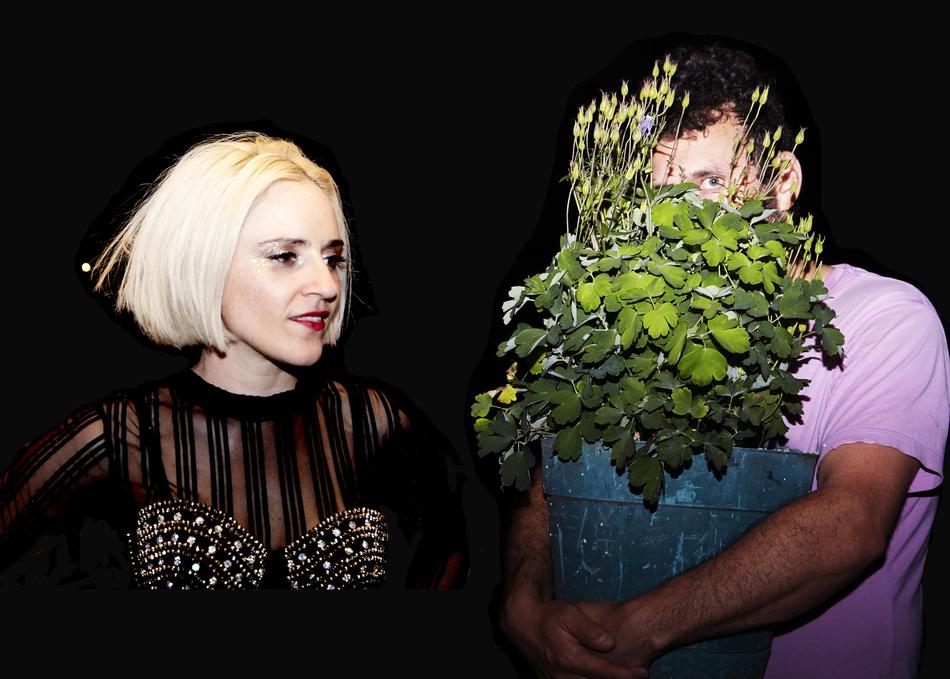 Parlor Walls' music swims between chaos and restraint, straddling the line of post-rock and avant-garde and something else entirely. Alyse Lamb's guitar churns a thick anthem as she belts and commands the stage at full throttle (think Wire's playful ache coupled with Siouxsie Sioux's understated angst). Drums and synth propel, both delivered in tandem by Christopher Mulligan. One limb cranks industrial riffs while the other catapults dancing beats. Together the duo deliver a heavy dose of colorful, rhythmic urgency intended to push, pull, shake and ignite. The two musicians formed Parlor Walls in Brooklyn, NY, in 2014. With backgrounds in visual art and dance, Lamb and Mulligan set out to create a world visceral and cinematic. The duo released two EPs on the independent label Famous Swords before signing with Northern Spy in 2016. Parlor Walls released the critically acclaimed debut LP Opposites in 2017, described by Pitchfork as "lending new definition to the term heavy... with an urgency both convincing and sophisticated." The ep EXO followed in 2018, heralded as “beautiful and threatening". Parlor Walls are set to release their second LP, Heavy Tongue, in Feb 2020.