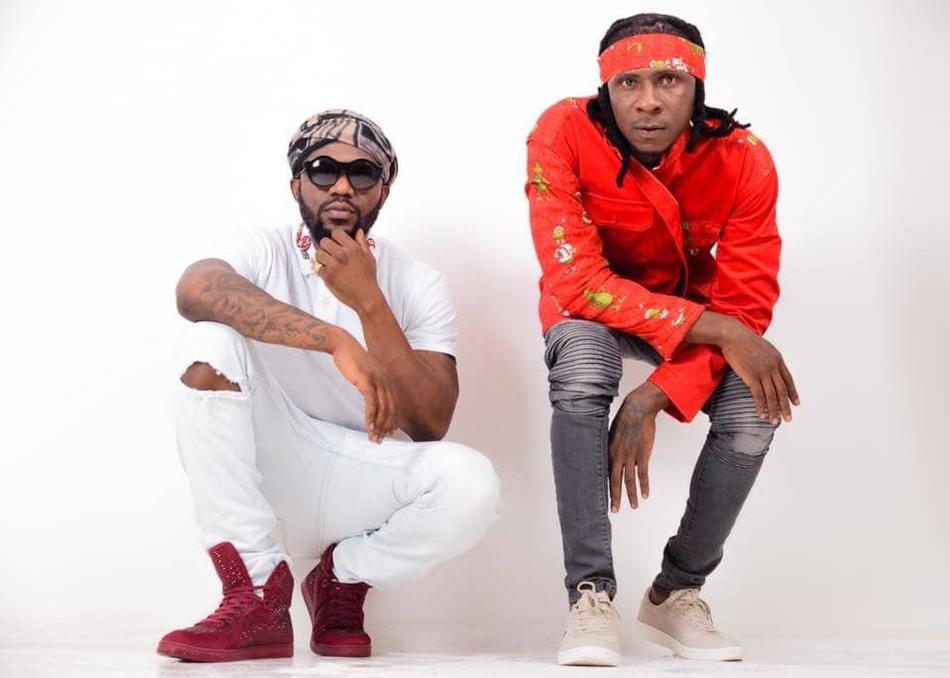 R2Bees is a Ghanaian hip hop and hiplife duo from Tema made up of Faisal Hakeem (Paedae da Pralem/Omar Sterling) and Rashid Mugeez (Mugeez). They were nominated at the 2013 BET Awards.[1] In March 2019, the duo released their third studio album Site 15.[2]

Contents
1 Early life
1.1 2007–2012: Da Revolution I
1.2 2013–present: Da Revolution II: Refuse to be Broke
2 Recognition and music style
3 Discography
3.1 Studio albums
4 Awards and nominations
4.1 BET Awards
4.2 Ghana Music Awards
4.3 The Headies
4.4 Nigeria Entertainment Awards
5 Selected videography
6 References
7 Further reading
Early life
Both born and raised in Tema, east of the country's capital city – Accra in Ghana, West Africa. Paedae is the CEO and leader of the group, whilst Mugeez is the lead vocalist. The two cousins, who have been together their whole life, lived in the same house and also attended the same primary, junior and senior secondary school in Tema. Beginning their career early, they started off representing their school in rap competitions as well as inter school music contests. This led them to participating in popular radio competition Kasahare, which they won most of and also performed at most show