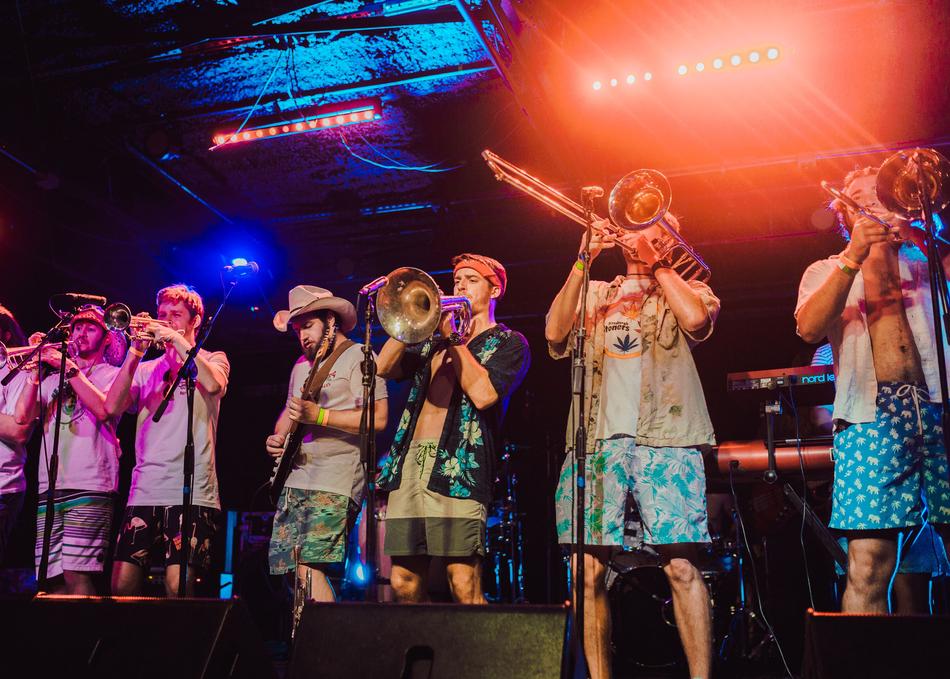 Since forming at Austin’s Westlake High School in 2014, Big Wy’s Brass Band has become known in Austin’s music scene for their infectious grooves, spontaneous improvisation, and their unique brand of brass-hop. Described as the first “Brass Boyband”, their sound is a combination of live New Orleans brass and hard groove-based funk, with an organic and engaging live show. The band has played abroad at the Instituto Guatemalteco Americano (IGA) 2017 International Jazz Festival in Guatemala, as well as for the 2017 and 2019 CR Promising Artists Tour in Costa Rica hosted by Centro Cultural Costarricense Norteamericano (CCCN). The band has also played notable Austin festivals and events such as Waterloo Music Festival, Austin Swamp Thing Festival, The Circuit of the Americas Grand Prix, TedxYouth@Austin, and beloved venues such as Empire Control Room and Garage, Stubb’s, Cheer Up Charlie’s and more. The band looks forward to grooving and jamming with you this SXSW!