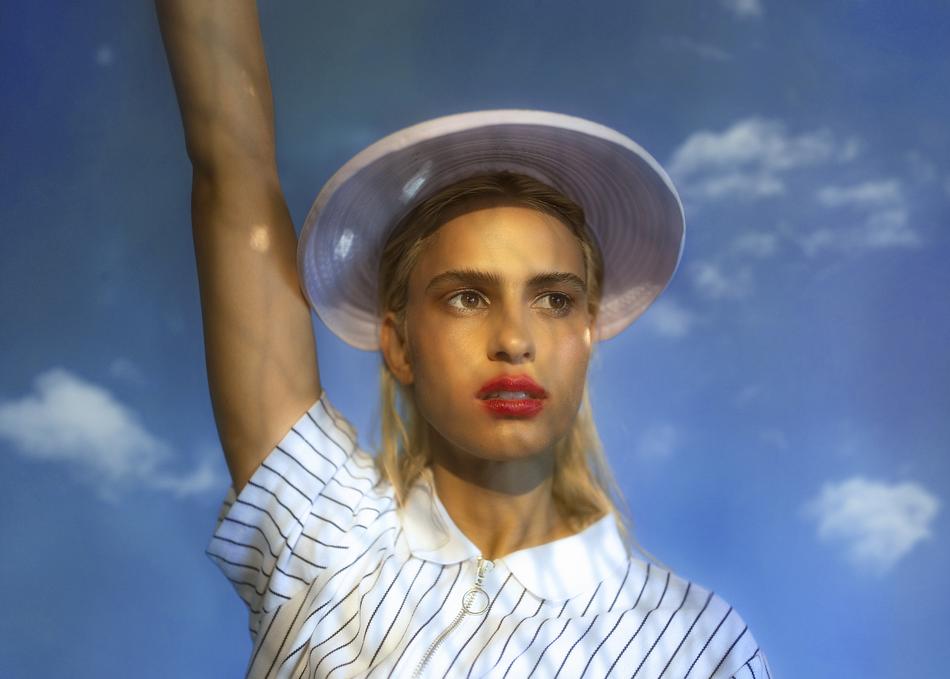 Banoffee is a Melbourne-born, Los Angeles-based singer/songwriter and producer with a transgressive and deeply vulnerable approach to music. She has toured with Taylor Swift on a worldwide stadium tour as part of Charli XCX’s troupe, and represents the new wave of mutant pop bubbling up from the queer club underground. She has been described as one of pop music’s “recent great forward thinkers” (FACT) and is known for infectious melodies that belie more unsettling, experimental textures and beats.
Look At Us Now Dad is Banoffee’s debut album, and it is an uplifting, optimistic journey that celebrates survival in the face of abuse and adversity. Featuring collaborations with SOPHIE, Empress Of, Cupcakke and Umru, and co-produced by Banoffee and Yves Rothman, it is a kinetic hybrid of experimental club sounds and earworm pop. “Each song uses human experience to talk about more complex concepts of addiction, obsession, heartbreak, and resurrection,” says Banoffee. “Not to dwell in sadness, but to join hands.”