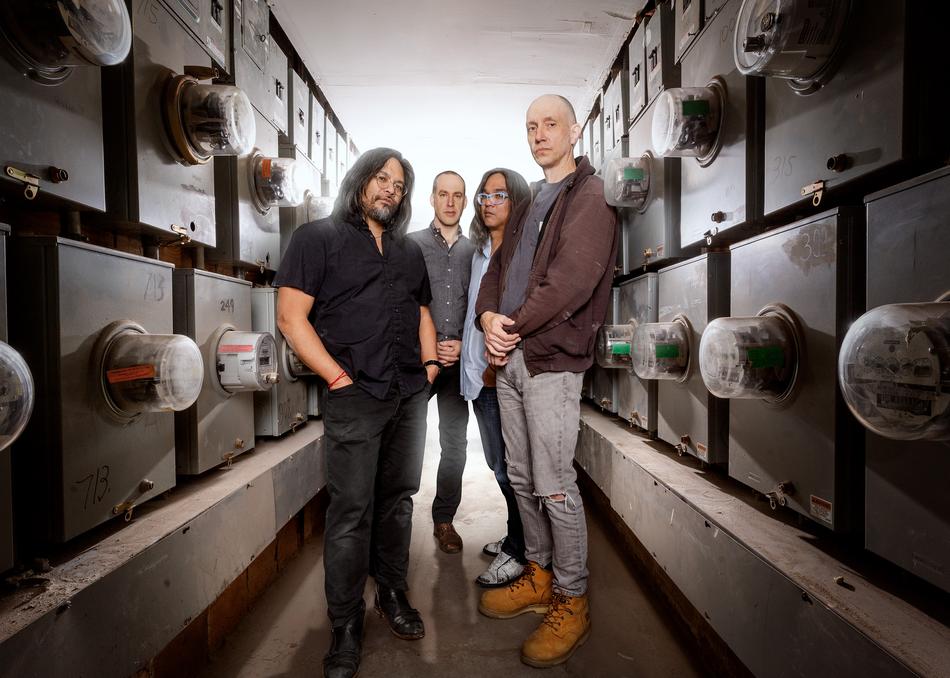 A post-punk noise/pop band from NYC formed in 1986, Flower was a staple of the NYC underground scene carved out by Sonic Youth, Live Skull, and Swans, utilizing the noise element of the aforementioned artists to deepen the textures of more classically oriented pop/rock songs. They disbanded in 1990, leaving one EP and two albums to be remembered by. Members Richard (Guitar, Vocals) and Ed Baluyut (guitar) soon formed indie legends Versus, while Ian James (Bass, Vocals) joined Geffen flame-out Cell, and Andrew Bordwin (Drums) helped found Ruby Falls. Ian and Andrew would later team up to form the pop/punk band French.

Having not written together for three decades and having played less than a handful of reunion shows, Flower recently reunited, locked themselves in a room, and did not emerge until more than an album’s worth of new material had been written.