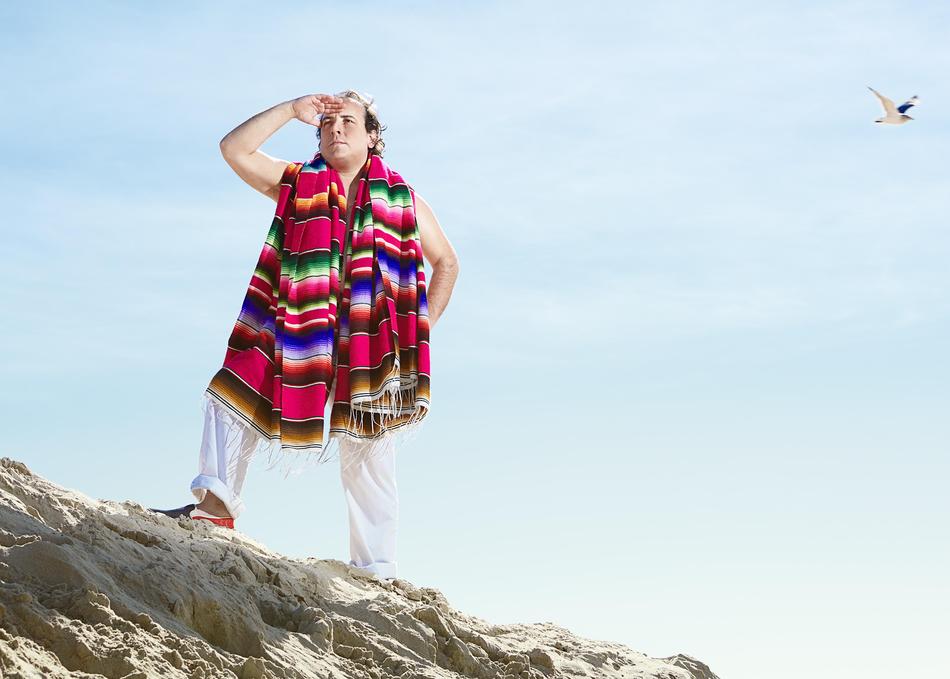 Sean Tillmann is an American entertainer widely known by his stage name Har Mar Superstar. Hailing from Minneapolis, MN Tillmann has traveled the world performing concerts on 5 continents over the past 25 years. On top of 6 full length albums under the Har Mar Superstar moniker, Tillmann has released a number of albums under an array of assumed names and performing in side projects (Sean Na Na, Calvin Krime, Gayngs, Neon Neon). 2020 marks the release of the first album with Tillmann’s new band, co-writing with Austin, TX’s own Sabrina Ellis (A Giant Dog, Sweet Spirit), called Heart Bones.
His wild stage antics and legendary singing prowess have landed him on tours performing with and opening for The Strokes, Red Hot Chili Peppers, Yeah Yeah Yeahs, Sia, Gossip, Lizzo, The Afghan Whigs, and Atom and His Package to name a few. Musically the Har Mar Superstar project started as a solo electro-pop project finding Tillmann earning fans through sweat equity armed with a just a microphone, a mini-disc player, and small canon of low-fi R & B songs. Over the years Har Mar Superstar has become a full on soul review that plays a greatest hits of the music of Tillmann’s mind.