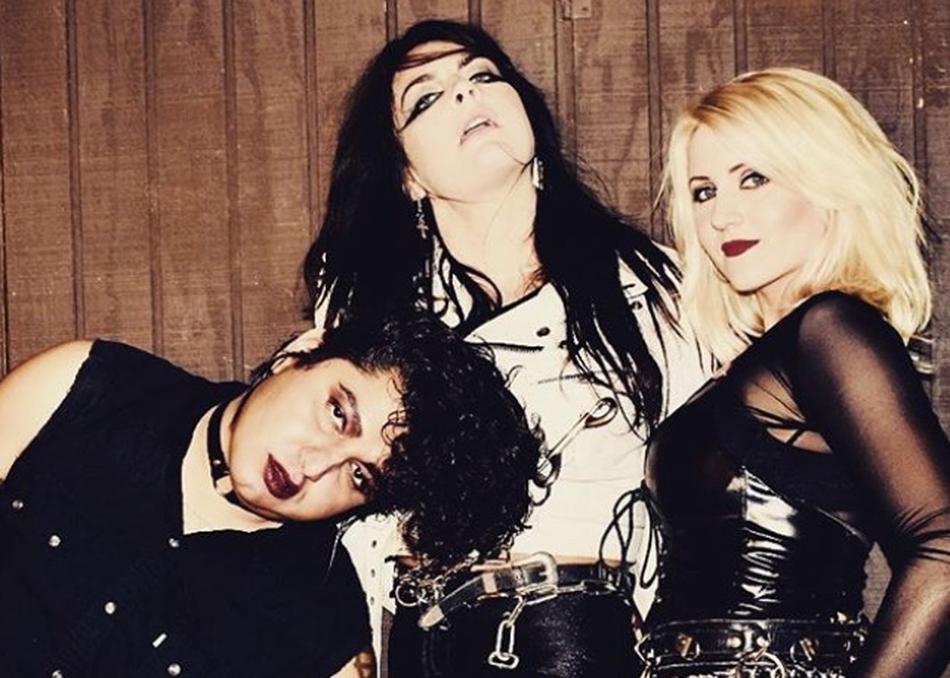 One of the stand out moments at pretty much any Flytraps gig is when tall bassist/front woman/vixen Kristin Cooper, often clad in a pair of her signature stylishly kinky, high heeled leather boots that enable her to tower over the audience bellows out that her gender is “more deadly than the male” in their song “Female of the Species”. It always resounds as a declaration to be truly reckoned with. Whether she’s cheering an opening band or strutting it up on stage with the Flytraps, Kristin exudes a compelling aura of confidence and punk rock sangfroid that fully lives up to her reputation as a one-woman Rocknroll bacchanal. Aided and abetted by ever smilin’ ‘n shreddin’ guitarist Elizabeth Boyd and Wildman drummer Fabian Ruiz, all friends since high school, this volatile female dominated trio formed out of the coastal region of Orange County are tethered together, as it were, by a shared love of psychedelic garage, old school punk and rockabilly. Since then The Flytraps have made their bones with a number of appearances at the annual Oakland fest Burger Boogaloo along with a choice slot on the 2018 Burger A Go Go tour side by side with the Coat Hangers and Death Valley Girls, packe