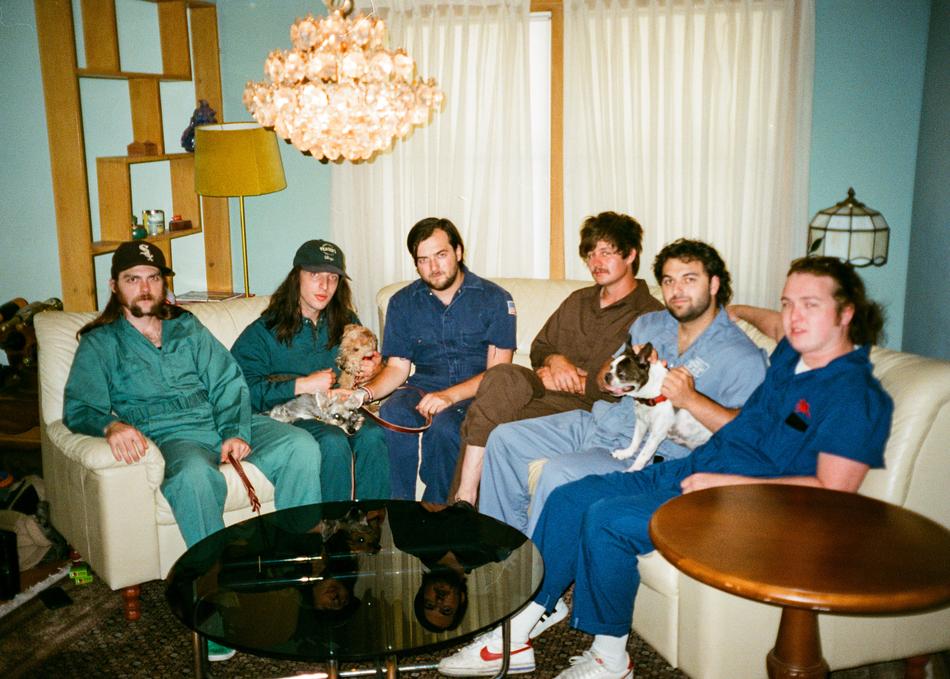 ROOKIE is six matching jumpsuit-clad, shaggy-haired friends from Chicago who play rock-n-roll that’s more at home next to their parents’ battered LPs than on their friends’ streaming playlists. ROOKIE’s modern take on timeless American rock-n-roll pulls from all corners of the sonic map; it’s familiar but fresh, lived-in but blown-out. It’s the ‘70s/’80s pop-rock sheen of recent tour-mates Cheap Trick; 3-minute precision songwriting of Big Star; loose Neil Young Americana; and the hazey, psych-flavored boogie of The Allman Brothers Band and Thin Lizzy. Though barely able to comfortably fit on most stages, once they’re plugged in and smooshed together, it’s a potent blend of power chords, blistering leads, and performance prowess beyond their years. Like local peers Twin Peaks, Whitney, and Post Animal, ROOKIE emerged from an idealistic grassroots, Midwestern, youth community-centric, DIY scene. House shows and divey all-ages venues were the preeminent performance spaces and rock-n-roll was once again king. There is an all-inclusive and carefree essence surrounding the band, as well as their audience, reminiscent of the wide-eyed drive and sense of purpose of an underdog sports team